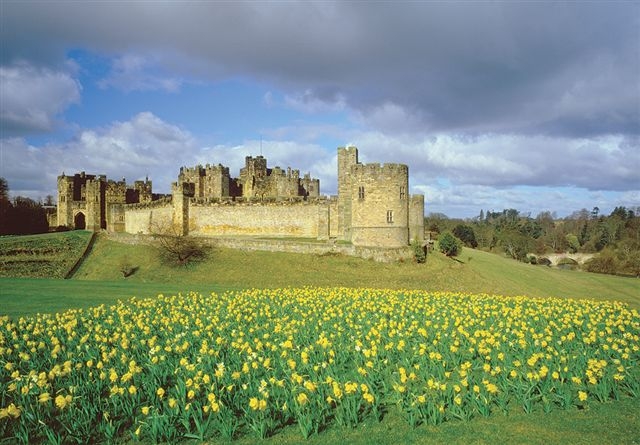 NORTHUMBERLAND England – Visitors are encouraged to touch, smell, and even nibble a berry or two as they stroll through Alnwick Castle’s walled 12 acres of shrubs, trees and flowers – until they reach the Poison Garden. Here some of the world’s most venomous and hallucinogenic plants are grown, some so virulent or hallucinogenic that they are incarcerated in caged beds. 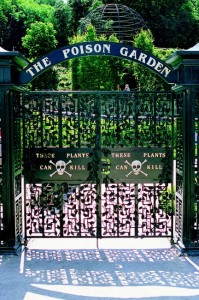 When the Poison Garden opened in 2005, it was but the latest head twirler in a whirlwind of controversy swirling around the Duchess of Northumberland’s garden. England’s protective garden groupies produced their first sharp intake of breath when its proposed location was announced. If a new garden were to be constructed, they maintained, it should be in the south where Britain’s most stately horticultural showcases are located and not in the country’s far north. Raising eyebrows further, the duchess skipped over English soil in her search for designers and landscape architects and headed for Europe, even America.

“From the beginning, I put my head above the parapet and was shot at,” said the vivacious duchess with a laugh.

After all, right at hand she had what she calls “the perfect derelict site” to work with, the almost obliterated-by-time Alnwick Castle garden laid down in 1750 by the first Duke of Northumberland who employed Capability Brown, the celebrated gardener, to landscape the castle’s parkland.

One wonders what the 12th Duke of Northumberland thought his wife had in mind in 1996 (the same year he unexpectedly inherited the dukedom) when he gave her the nod to bring new life to the garden along with 5 million pounds in start-up money. Perhaps he envisioned lawns edged in boxwood, a rose garden, a pond or two, a gazebo – not a computer-operated, thirty-terrace water feature tumbling 7,260 gallons a minute with jets that spurt willy-nilly at passersby on purpose, or a labyrinth of bamboo, or a fleet of miniature John Deere tractors for kids to trundle about on. Nor a poison garden. 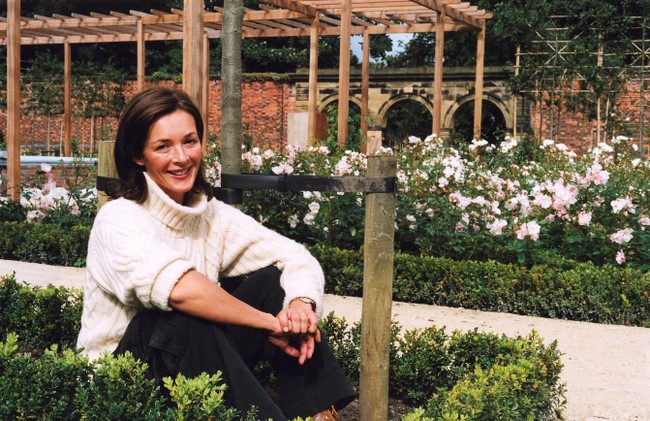 Even during construction, Alnwick Castle’s garden was a hit. When Prince Charles formally presided over its opening in 2002 its first sections, including the Poison Garden, were far from complete, yet it was already attracting more than 550,000 visitors a year.

Of course, it doesn’t hurt a bit that those who have followed Harry Potter’s exploits in the movie versions of J.K. Rowling’s series will readily recognize foreboding Alnwick Castle (the second largest inhabited castle in Britain next to Windsor Castle and home of the Earls and Dukes of Northumberland since 1309) as Hogwarts, the boarding school for wizards that transformed Harry Potter’s young life.

The Poison Garden seems a natural – Harry Potter and his friends flying about the castle’s inner bailey on their broomsticks, then trekking off to the Poison Garden for instruction and inspiration, attending classes in the 6,000-square-foot tree house that rambles over one end of the garden.

“The Poison Garden is a place of excitement and intrigue,” said the duchess, “especially for children. More seriously, it is a place for visitors to learn about the dangerous side of plants. Here we offer a new avenue to get people talking about the misuse of drugs – most of which grow in nature.”

Cannabis, opium poppies, magic mushrooms and coca are among the garden’s plantings that demanded special government permission to grow. 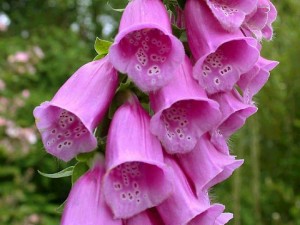 When visitors enter the Poison Garden, movement sensors awaken a copper snake that sprays a spooky mist over the grotto. Highlighting the garden’s hazardous nature, boxwood-fringed beds are laid in the shape of flickering flames. Garden guides issue a stern warning at the outset of tours: “Do not touch any of the plants. Don’t even smell them. There are plants here that can kill you.”

Alison Hamer, the garden’s learning and development manager, said visitors are often surprised to realize that they have many of the poison plants, such as foxglove and azalea, growing in their own backyards. Others can easily be found in the wild. And they are as easy to grow as weeds.

“Many of the most poisonous are quite lovely,” said Hamer, “as if they are purposefully trying to attract a victim.”

Among the plantings in the garden: Deadly nightshade, lethal if only three of its sweet-tasting berries are eaten. Hemlock, an ancient suicide drug that causes rapid physical deterioration without affecting the mind. Mandrake, fabled to scream when pulled from the ground. 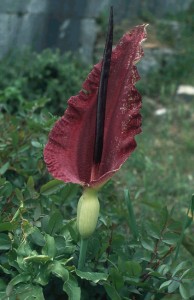 Oddities learned along the way: Wild clematis – Old Man’s Beard – was once used by professional beggars who rubbed its sap into scratches to create weeping ulcers. Laburnum, a beautiful shrub, causes convulsions, vomiting, and frothing at the mouth when nibbled. Quaker’s Button, an innocent-looking plant from which the poison strychnine is derived, provides nibblers with a dramatic final symptom – a posthumous fixed grin. Henbane, used as an anesthetic in early hospitals, in sufficient dosages can mimic death, although its victims generally recover.

Also recovering are England’s protective garden groupies, now that Alnwick Castle’s garden has emerged as the third most-visited garden in Britain among those that charge admission fees. As for the Duchess of Northumberland, it can be expected that she’ll continue to poke her head out above the parapets

TO GO: Alnwick Garden and Alnwick Castle are located a five-minute walk from the town center of Alnwick in England’s Northumberland. Newcastle-upon-Thyme is 33 miles south; Edinburgh, Scotland is 80 miles north. Both have international airports.

Alnwick Garden is designed to be pleasurable for all age groups. Children are especially welcome and should come prepared to play in the water. All aspects of the garden are wheelchair accessible. Alnwick Castle is a separate attraction; a separate entrance fee is charged.

Alnwick Garden is open daily year around, except for Christmas day, 10 a.m. until 7 p.m. in summer, until 4 p.m. in winter.

All photos on this page courtesy Alnwick Castle