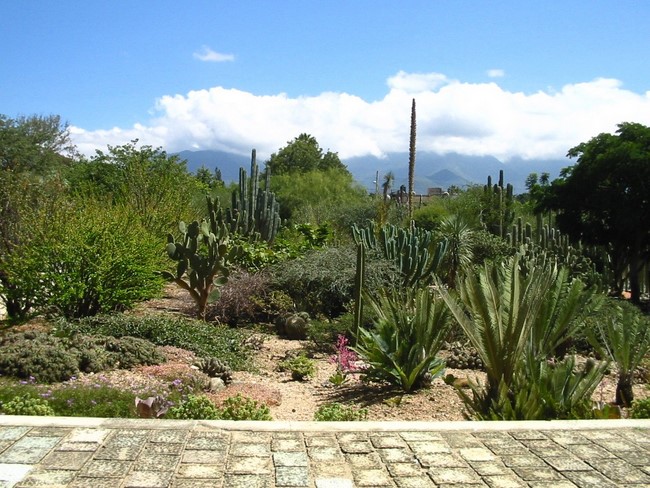 MEXICO Oaxaca – I’d come to the city of Oaxaca, southern Mexico’s cultural treasure, for a two-week immersion in Spanish. While doing so, I wandered around the old city in my off-school hours jumping at every opportunity to practice my emerging language skills. As I walked cobbled streets, I kept running into the name of Francisco Toledo, Oaxaca’s reigning contemporary artist.

“Toledo is a seed,” my teacher told me, “Toledo has insisted that our total culture be preserved, and now nearly every art form is flourishing here, creating an ambiance, a sense of the entire city as a museum.” 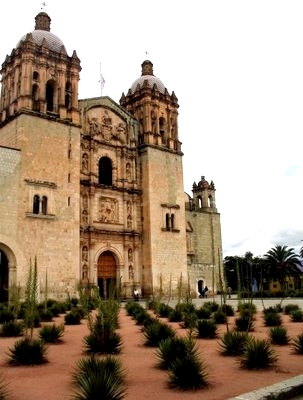 It was Toledo who rescued the old convent connected to Santo Domingo, the elaborate church whose bells awakened me each morning, from becoming a convention center and turned its soaring spaces into a world-class museum. Of special interest to me, however, was the Jardin Ethnobotanico in the old convent’s walled courtyard adjacent to the museum. It, too, exists because of Toledo.

The only such garden in Mexico that combines artistic sensitivity and scientific expertise, Jardin Etnobotanico celebrates the state of Oaxaca’s exceptional botanical diversity.

Blessed with a geologic complexity that includes deserts and cloud forests, beaches and temperate woodlands, Oaxaca is one of the richest ecosystems in the world, boasting, for example, more species of cycads, and agaves and varieties of chili peppers and maize than anywhere else on earth. Colonial Oaxaca ’s wealth came from the sophisticated selection and breeding by the indigenous people of the cochineal (a scale insect) found on nopal (prickly pear). Mashed, the insect produced a red dye previously unavailable  outside of Mexico, that the Spanish exploited as readily as the gold from Oaxaca’s hills.

Making used of the convent’s 16th century courtyard, which had housed a garrison for over 100 years, Toledo, along with fellow painter Luis Zarate and ethnobiologist Alexandro de Avila, sought to build not just a decorative garden but one that would tell the story of the relationship between the people and the plants of Oaxaca. Emphasis is placed on the use of indigenous plants, both past and present, for medical, household, food and religious purposes. 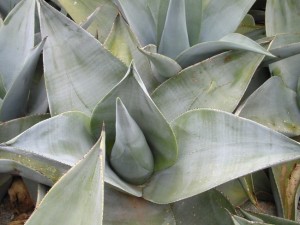 A sculpture, created by Toledo out of a massive piece of Montezuma cypress clad in mica greets visitors at the courtyard’s entry. Red-dyed water drips over the cypress block, representing theimportance of the cochineal. A channel of clear water continues through the two-hectare courtyard, its level and direction changed by sculptures along the way. 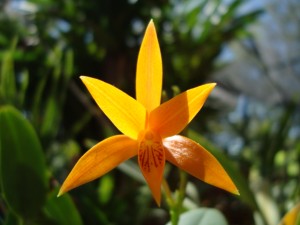 More than 900 plant species are represented in the courtyard, chosen for their cultural significance. The plants’ profusion of shapes, colors and textures contrast harmoniously with the convent’s ancient stone walls. Many are listed as endangered. “Rescued from highway projects,” my Spanish-speaking guide explained.Among the rescued, an ancient barrel cactus weighing over three tons that – if my fledgling language ability caught the drift – took the largest crane in Oaxaca to carry it over the wall. 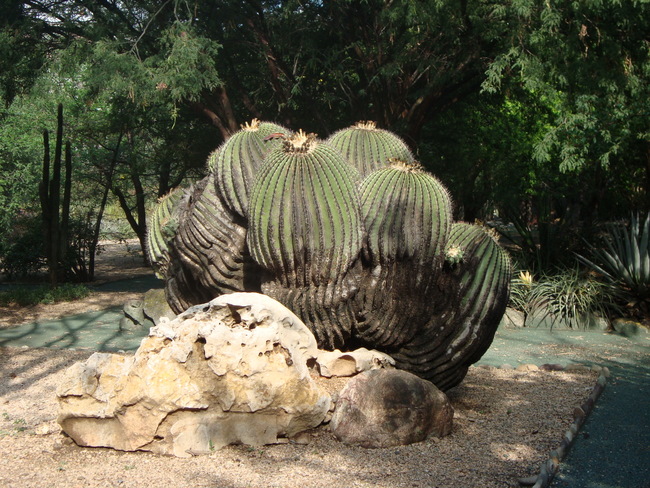 Oaxaca’s more than 20 species of cycads are represented, a lineage that flourished with the dinosaurs. “This one is several hundred years old,” my guide said, pointing out a particular specimen, “and probably existed when the monastery was built.”

A section of the garden is devoted to species found at Guilá Naquitz, a small cave located near Mitla in the Valley of Oaxaca, known to have been occupied by hunters and gatherers between 8000 and 6500 BC. Here, archaeologists found the remains of plants used for thousands of years, including acorn, pinyon, cactus fruits, and evidence of cultivated bottle gourds and squash and beans, and the oldest remains of corn reported to date – at 10,000 years old, these are the earliest remains of agriculture known so far in the Americas. 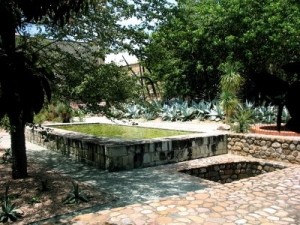 Newer archaeological remains, those found in the courtyard – irrigation canals, pools, the lime kilns where mortar was prepared during the construction of Santo Domingo, laundry basins used by the novices, a pottery kiln – contribute to the garden’s cultural importance and understanding of the everyday life of Dominicans in the seventeenth century.

Following my guided tour, I made my way to the adjoining museum where an open passageway overlooks the garden. 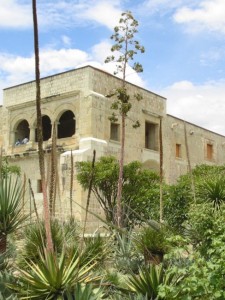 There I thought of something my teacher told me on my first day of class: “Two out of three Oaxaquenos come from one of 15 distinct groups such as the Mixtecs and Zapotecs,” she said. “So don’t worry if you can’t follow a conversation on the streets. Many of Oaxaca state’s three million people don’t speak Spanish as their first language. You are probably hearing one of the some 150 dialects that have survived.”

IF YOU GO: There are free guided tours in Spanish twice a day, Tuesday to Saturday at 10 AM and 5 PM. Tours in English are scheduled for 11 AM on Saturdays. A library, specializing in natural sciences, environmental conservation and ethnobiology, is open to the public. Conferences, courses and workshops are also offered.

For my Spanish immersion, I chose the Instituto de Communicación y Cultura (ICC) located in the historic center. Classes of no more than five participants are offered on all levels.

Most students opt to live with a family, with arrangements made by the ICC. Oaxacan-owned hotels are another option. I stayed at Parador Monte Carmelo, again in the historic center.