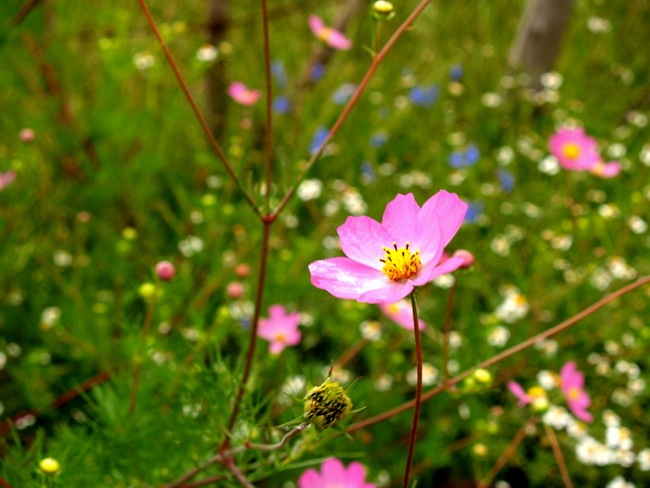 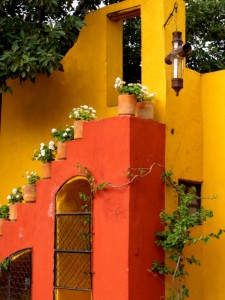 Gated communities – largely American and Canadian inhabited – had gradually taken over six of the seven canyons surrounding the town’s historic center. In 1989, the canyon known as El Charco del Ingenio was the only one left.

No matter that the canyon had been overgrazed until flora no longer emerged from the earth and that it had become a dumping ground for discards and trash, San Miguel de Allende was ready to move in.

It was then that a group of concerned residents said “Enough!” Canyon number seven, beneath its derelict façade, was a historic treasure of incredible beauty. It must be saved.

Surrounded by spirits and legends of the native, indigenous community, the canyon – as documented by stone tools and ceramics from pre-Hispanic time found in its caves – had seen use for thousands of years. Evidence remained of the aqueducts created by the conquistadores’ use of the Obraje river that flows through the canyon. Remnants of a 16th century water mill clung on one side of the canyon, its wooden wheel largely intact. A reservoir turned picturesque lake centered the landscape, created by a 1920s-built dam constructed by a German company to provide energy to a textile manufacturingfactory located on the then outskirts of San Miguel deAllende. The factory today is a sprawling art and design center, La Fabrica la Aurora. The machinery powered by the dam remains on display.

All this along with the ruins of an old hacienda, pools, springs, streams, waterfalls, and overlooks claiming vistas stretching to the Guanajuato Mountain Range etched on the far horizon.

And what might one do with this near 300-acre treasure lurking under a dump disguise? A Mexican nonprofit organization with diverse ecological and cultural interests known as Cante A.C. stepped in with the vision of creating an extensive botanical garden surrounded by a conservation zone. 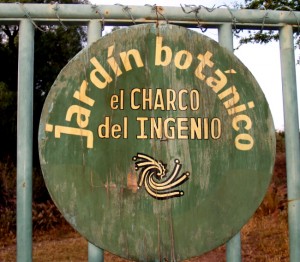 Quickly clearing and fencing was accomplished; paths, lookout points and areas for potential exhibition were put in place. On July 11, 1991, timed to occur during a total eclipse of the sun, Charco del Ingenio botanical garden opened its doors to the public. Representatives of local indigenous communities came to sanctify the area with the raising of a traditional cross, Cruz de Animas. The festival has been yearly ever since, reaffirming the communities’ stewardship of the canyon’s natural resources. 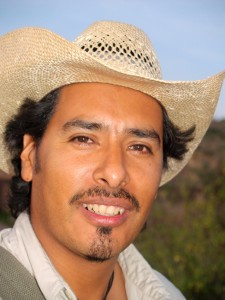 I walked the paths of El Charco del Ingenio with Mario Arturo Hernández Pena garden director. “In 1991, but 57 plant species were identified on the property,” Mario told me. “Today more than 600 are documented, including 62 species of fern. And none of these were planted! All, encouraged by a hospitable environment, emerged where they might. And more keep popping up!” Including the wildflowers I commented upon – bouquets of purple, pink and white cosmos and bright-orange Mexican marigold scattered here and there – but tokens of the wildflowers that, according to Mario, erupt in a riot of color and diversity during the rainy season. 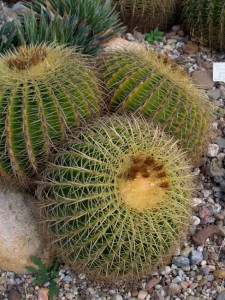 While the primary commitment of the garden is the restoration and maintenance of the native ecosystems within its boundaries, an extensive botanical collection of endangered and rare species of Mexican plants occupies a special zone. As one example, Mario pointed out a planting of golden barrel cactus. “Their habitat was going underwater with a dam project,” Mario told me, “We received permission to rescue them.”

An area called the Opuntia Garden is dedicated to 80 species of Mexican nopal cacti. “The nopal is important to our culture,” Mario explained, noting that the Mexican flag is centered by an eagle standing on a nopal eating a snake. “It’s our responsibility to make certain it endures.”

Another garden is devoted to agave, some 70 different species. “Some grow to the size of a VW Beetle,” Mario said, as we passed by one nearing that size. “Agave is another of our treasures. Useful for a variety of purposes from forage to thread to the production of delicious and nutritious ‘honey water,” a single leaf of a large agave can produce as much as 300 liters of the water in one day.” 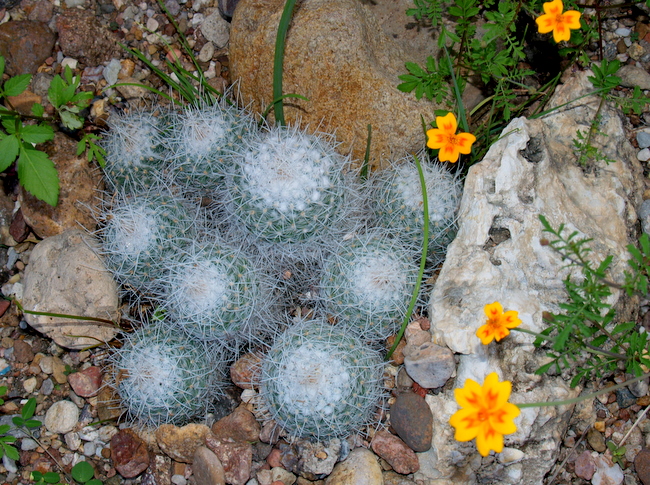 A covered area nearby is used for propagation of the garden’s “mother collection.” As plants are grown they are offered for sale at the garden’s reception center. Yearly memberships, donations, workshop fees and entrance fees paid by the some 30,000 yearly visitors, along with a corps of volunteers to amplify the efforts of a staff of 14 full time and four part time workers provide the wherewithal to keep El Charco del Ingenio, as Mario describes it, “an oasis of peace and tranquility for all.” 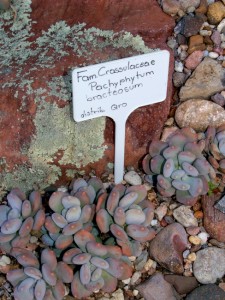 Included in the “all” is the array of wildlife that calls the garden home. “Coyote, so many different birds that we’ve become a Mecca for birdwatchers, snakes, 8 species of butterflies,” Mario paused in his laundry list of fauna to identify scat – “bobcat” – underfoot on the trail. Scat is kept where it is, never shoveled aside, Mario explained. “It’s presence indicates ‘safe passage’ to animals living here.”

Along the way, our path offers fine views of the reservoir with its dotting of islands that Mario explains were constructed during a period of drought as an experiment to see what sort of flora and fauna might emerge.

We pass several native community ceremonial sites important to festival events held during the year at the garden. On the far side of the dam in the ruins of the old hacienda, a steam house welcomes all comers for monthly, moonlight rituals of healing and purification. 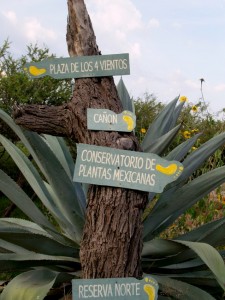 My walk with Mario ended on the Four Winds Plaza, a spectacular overlook of the world beyond the canyon where a yearly celebration dedicated to intention and energies takes place during the cycle of the full moon. “Bonfire, incense, chanting,” Mario related the open-to-all goings on. “Bring your flute, cymbal, drum or any other instrument you want.”

The overlook is a fitting place for me to say goodbye to El Charco del Ingenio, itself a product of intention and energy that has resulted in a botanical garden quite unlike any other.

IF YOU GO: The garden is open daily from sunrise to sunset. An admission fee is charged. On Tuesdays and Thursdays at 10 a.m., 2-1/2 hour guided tours are offered.  Private tours are available by appointment.