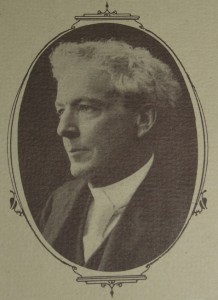 For nearly 50 years straddling the turn of the 20th century, Luther Burbank’s experimental gardens in Santa Rosa stopped passersby in their tracks.  Giant evening primroses, big as pocket handkerchiefs, filled the beds one season;  another, Rainbow Swiss chard caused a line-up at the picket fence.

Burbank was known as the “plant wizard,” and today the famed horticulturist’s creations continue to fascinate visitors as they peer into his Victorian-style greenhouse and walk garden paths on the land where he perfected so many of his hybrids.

Before he died in 1926, some 800 Burbank-developed varieties had entered the botanical alphabet, from autilons to zauschnerias. The word “burbank” could be found in the dictionary as a verb, defined as “to clone” or “to change.”

It was in 1875 that the then 26-year-old Burbank set out for California in search of a horticultural Eden. He found what he was looking for in Sonoma County.  “This is the chosen spot of all the earth as far is nature is concerned,” he wrote in a letter home.

My sentiment exactly. Travels take me to lovely parts of the world, some in spectacular settings.  Yet I never come home without looking about and thinking, “Lucky me. This is the chosen spot of all the earth.”