Stepping into a storybook … 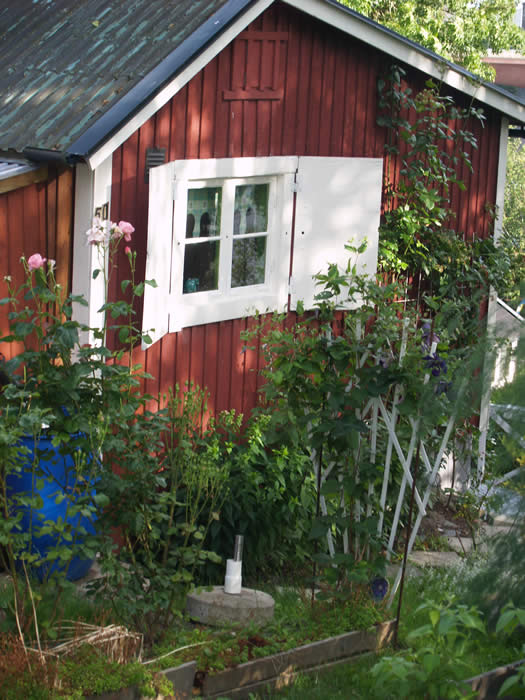 SWEDEN Stockholm – Had I stepped into a storybook? Cute-as-a-button little cottages painted in shades of red, yellow, white and green nestled behind white picket fences and clipped hedges, each surrounded by an array of flowers, abundant beds of vegetables, and fruit trees summer-heavy with fruit.
The path I followed took me deeper into the collection of little houses and gardens clinging to the hillside that descended to the edge of Årstaviken Bay.
“Yoo-hoo!” Lisbeth Ulfstedt awaited me at a junction in the path ahead, reassuring with a wave of her arm and her attention-getting greeting that, yes, I’d followed directions correctly into storybook-land Stockholm: Tanto Södra koloniträdgårdsförening, an allotment garden of 111 spaces. 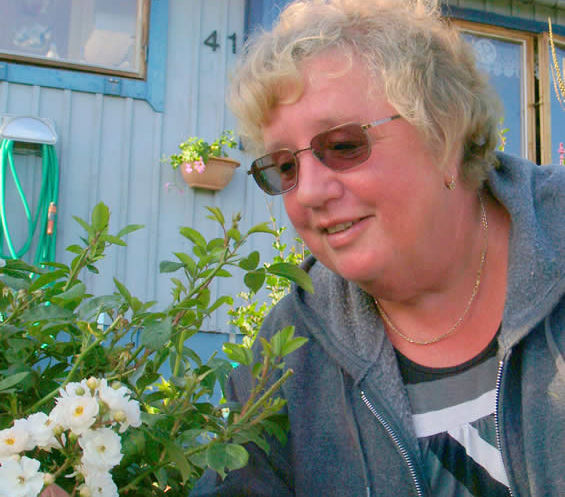 Oldest of the city’s allotment gardens …

Tanto, as it is called, is located south of Gamla stan (Old Town) on Södermalm, one of the 14 islands that make up central Stockholm. Tanto’s picturesque collection of miniature cottages surrounded by vegetables and flowers is among the oldest of 150 allotment gardens scattered throughout Stockholm. Together, they create a total of some 10,000 spaces available to city dwellers yearning to dig in with trowel and spade.

Stockholm’s first gardens were laid out in 1895, with the Stockholm Allotment Society established to oversee the various areas in 1906. The gardens all were out in the countryside — the city grown around them since — put in place so that Stockholm’s impoverished might have a place to grow food, with the added benefit of being able to do so in fresh country air.

Tanto was established in 1915, one of several new garden areas to provide potato-growing land to feed the city’s near-starving population during World War I. A more unlikely spot could not have been chosen, its base amounting to a gigantic boulder. Soil was laboriously transported into nooks and crannies and, soon, vegetables, berries, fruits and herbs enhanced the planting of potatoes. Flowers began to bloom. 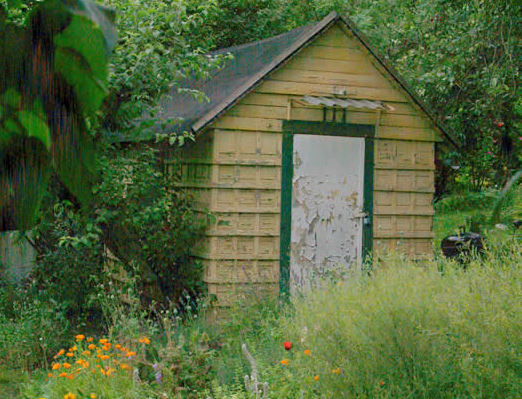 Sheds to house gardening equipment began to emerge. To form a common policy, the Allotment Society specified what they called “gazebos” to be modeled on supplied drawings and built of wood, then painted red, white, yellow or dark green.

Despite the specified uniformity, individuality emerged as gardeners embroidered the basic with ornamentation and surrounded their “gazebos” with gardens of their choosing. Regulations were relaxed in the 1960s to allow larger and individually designed cottages. In the 1970s the areas received electricity and telephone lines — a move decreed by purists as a modernization inconsistent with the image of life in the allotment.

Lisbeth and I were on our way to allotment number 41, where she and her husband, Bo Belin, garden. Bo Belin, following in the green thumbprints of his grandfather and father, is a third-generation Tanto participant.

Paths open to walkers and bicyclists ..

“Are visitors welcome to wander about Tanto?” I asked Lisbeth as we followed a path to number 41.“Yes, indeed,”she answered. “We encourage walkers, joggers and bicyclists,” adding that Sweden’s policy of right to public access makes that a given. “We clip our hedges so that passersby can easily see into the gardens. But don’t step in,” she advised, “unless invited by the garden holder to do so.”

Reaching number 41 and Lisbeth’s pocket-sized cottage, she asked if I’d like to peek inside. A shipshape interior flooded with light from ample windows was outfitted with a rudimentary kitchen with tiny appliances, table and chairs, a heater, and daybeds for sleeping. Water, cold, came to the allotment via a hose. Bathroom facilities, communal, were located not far away.

“In spring we’re here every weekend,” Lisbeth told me as we returned to the adjacent terrace that affords additional space. “By June, we more or less live here. We start seeds in April and harvest until frost closes the gardens for the winter.” 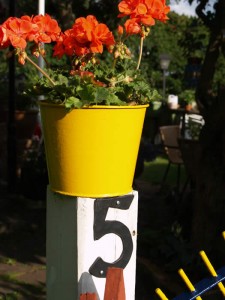 Stockholm, largely a city of apartment dwellers, has no shortage of would-be gardeners awaiting allotments. Precious patches they are. Tanto’s waiting list contains over 350 names.

“Waiting time can take up to 20 years,” Lisbeth told me. In addition, prospective space holders face an exhaustive interview process as to their intended use of the space and interest in gardening. To eliminate the possibility of parents’ signing up their kindergarteners for placement down the road, no one younger than 18 can apply. Payment of a small yearly charge keeps one’s name on the list.
Once a plot is snagged, the privilege of gardening does not come cheap.

An annual fee of 140,000 krona (close to $2,000) is charged, making the ownership of a Tanto space out of reach of those for whom they were originally intended: Stockholm’s poor.

Lisbeth and I left her terrace so that I might see what others were up to in their gardens. We leaned over fences to talk, accepting invitations to step inside precious patches to admire the size of a just-dug onion here, a bouquet of radishes, the fragrance of a crushed handful of rosemary and basil there. 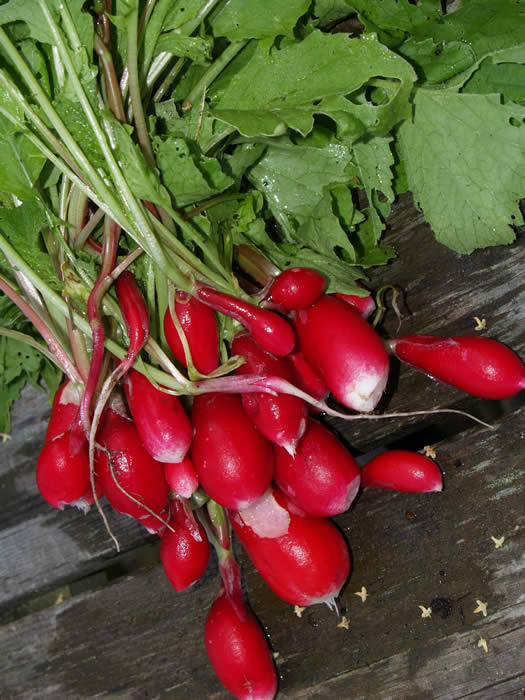 “The garden is a close neighborhood,” Lisbeth commented. “We see each other often, at organized events, chatting over a cup of coffee, discussing our gardens over the fence or,” she added with a laugh, “doing what my husband is doing right now, enjoying a late-afternoon beer on a neighbor’s terrace with his cronies. That’ll keep him busy for the next couple of hours!”

I chose to stay at the Hilton Stockholm Slussen (Guldgränd 8, 10465 Stockholm, Sweden; telephone 08 517 353 00,
fax 353 11), for its proximity to both Old Town and other Stockholm areas of special attraction and to Södermalm, where Tanto allotment garden is located. The excellent Stockholm city museum with its exhibits emphasizing the city’s history is just across the street from the hotel.