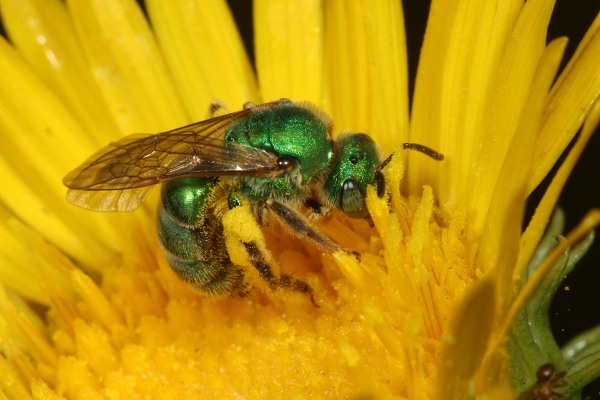 CALIFORNIA Sonoma County – Bee count!  It sounded too silly to be true.  “Did you already count that one?”  “I think it’s the one I counted as it buzzed by the salvia.”   “No, looks to me like the one that was sitting in the middle of that Shasta Daisy over there that I got.”

So silly sounding, that I had to sign up for “The First Annual Sonoma County Bee Count.”

On a warm summer morning, a dozen or so other potential bee counters showed up, all equally bemused by the idea of counting bees, but all equally worried about the loss of pollinators due to the worldwide Colony Collapse Disorder.  If counting bees in Sonoma County would shed some light on the problem, count me in. 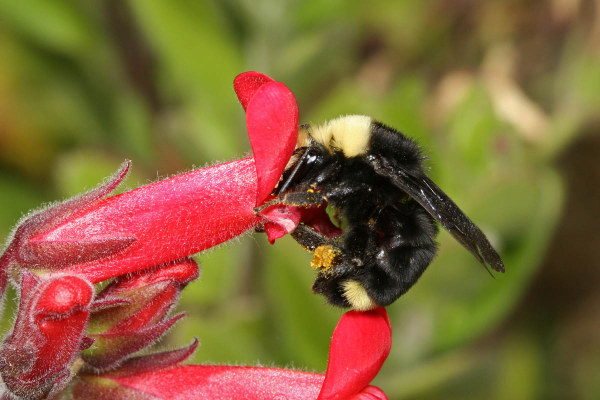 Classroom time came first where we learned that while bees are the most efficient pollen transporters, flies, wasps, butterflies, moths, beetles, bugs and birds do a good job.

Honey bees, introduced by European settlers in the 1600s, are not the end all of pollinating beedom. 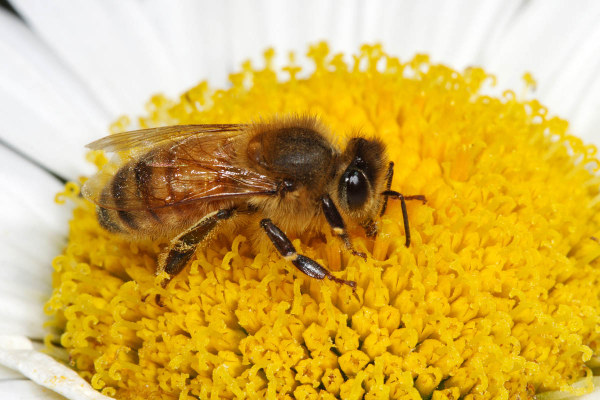 Native bees, numbering some 4,000 species in North America, do an incredible job. A slide show introduced us to those we might spot out in the field. 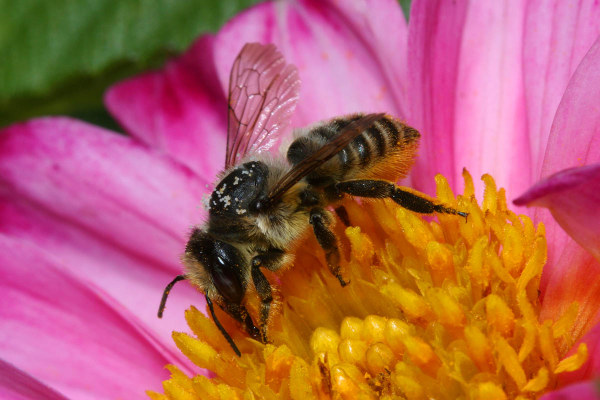 Important to remember:  Never, ever peer down into a net to see if you’ve  caught something.  Bees fly up, right in your face. Instead, with a flip of the wrist give it a twist. Then look through the netting  to see what you’ve got. 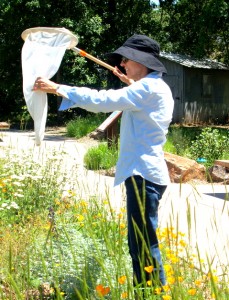 Next, how to transport that trapped bee into its own collecting jar to quickly succumb to a drop of formaldehyde. Labeling is very important – where caught, when, on what plant.

Now we understood that we were not  counting number of bees in general, but counting species.  Honey bees, in profusion, became ho-hum.  No need to net.  Instead, how many other species   might we collect?

Time in the field came the next day, with assigned  habitat collection areas.  Some returned to the  demonstration garden, others  roamed a Sonoma neighborhood.  My assigned place was  Gundlach Bundschu’s winery garden and vineyard.

In the afternoon, we gathered at the Sonoma Ecology Center to share experiences and turn in our jars. 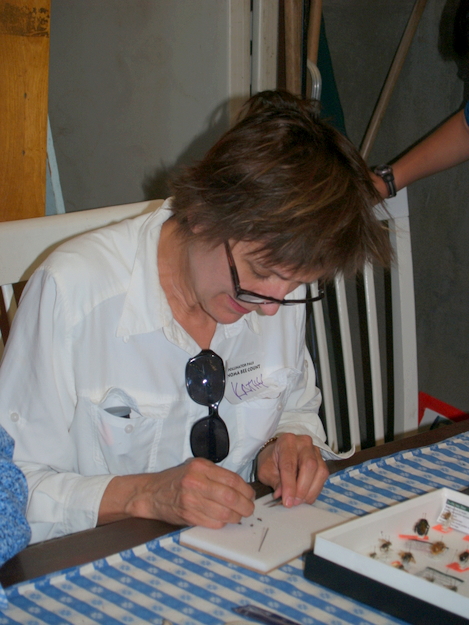 Number of species collected: I can hardly wait to hear from Shelley Arrowsmith, bee coordinator, pictured below. 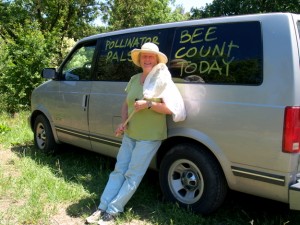