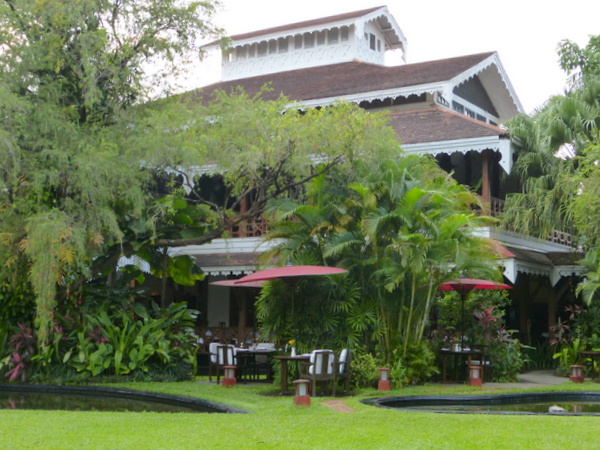 It certainly made me feel important, and I’d not even come for an overnight stay at what may well be Yangon’s most luxurious hotel: The Governor’s Residence, an Orient-Express Hotels property. 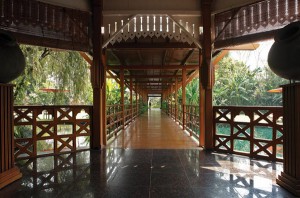 Nor was I a remnant from the past, when under British colonial government rule the teak mansion was built to house officials traveling from the  semi-autonomous Karenni states. Bo-n-n-n-g! An important someone had arrived.

My reason for visiting was the garden surrounding the Victorian-era villa, a place of leafy and quiet respite in the heart of tumultuous Yangon.

During my days in the city, I’d found serenity and greenery in short supply. Yes, I had made my way to the extensive, park-like lawns and shaded areas surrounding Kandawgyi Lake; its footpath, however, edges a traffic-impacted road. The street roar was impossible to ignore, even while caught up in the not-to-be-missed magic of Shwedagon Paya at sunset on the lake’s eastern edge, when the massive stupa’s mirror reflection turned from shimmering gold to crimson to orange in the last rays of the setting sun.

Now, with the fragrance of frangipani and jasmine in the air, I was seated under whirring fans on the fretwork-embellished verandah of the Residence, sipping a tropical drink. Somerset Maugham stuff. Khin Khin Soe, Chief Gardener, would be along shortly to show me about, I was told. No hurry. I’d happily wait. 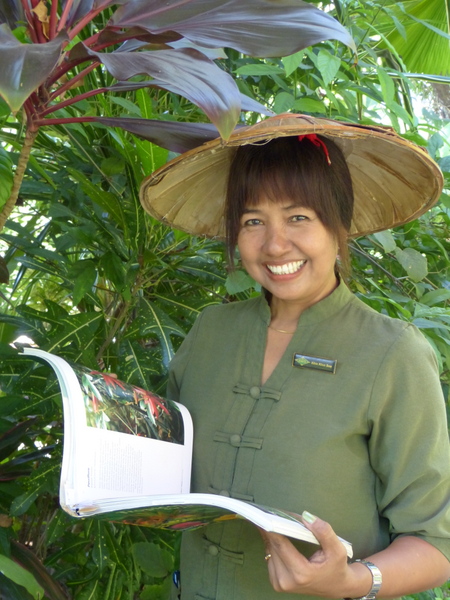 Soe arrived, her gardener’s smock topped off by one of the woven-bamboo, conical-shaped hats worn throughout the country by all who spend their days outdoors.

With a certificate in landscape architecture from the University of Yangon following a previous degree earned in mathematics, Soe came to the Residence’s garden three years ago. Today, she oversees a staff of four who meticulously tend the garden completely by hand — sweeping leaves as they fall, and edging and mowing the lawns. It would not do to have mechanical gardening devices shatter guests’ calm.

The garden represents over 100 different plants…

With Soe’s mastery of English minimal and my Burmese nonexistent, we set out to tour the 2-acre site, Soe with a book in hand on Southeast Asia horticultural written in English. 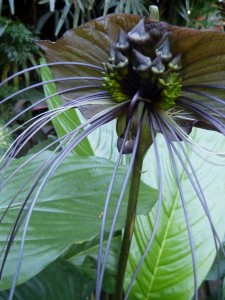 Over 100 different plants are represented in the garden. In answer to my “What’s that?,” Soe simply quickly looked it up and handed its description over to me – Bat Flower.

My visit was in  December.  Quickly I learned that, as beautiful as the garden was that day, it would be even more glorious come the January-through-March rainy season during which every flowering plant would burst into bloom. For example, but one long flower was dangling from the  Amherstia Noblis Burmese, known as the Pride of Burma, the queen of flowering trees. Soon it would be a crimson extravaganza.

The Dracaena marginata I recognized as one of my houseplants. Here it was as tall as a tree. Passionflower and bougainvillea were certainly familiar, as was the orange-red spike of flowering ginger. 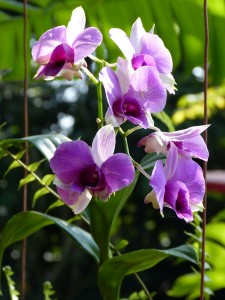 Dendrobium orchids were well represented, planted in boxes hung along the covered walkway leading from the entrance road to the villa.

Soe took me to her “nursery,” hidden behind dense foliage, where she tends for plants awaiting their turn in the garden, including an array of orchids.

Among others needing tender care at the moment was a rather straggly specimen labeled Betel Nut. So that’s what the plant looks like that provides the red teeth and the spitted, blood-like sidewalk blotches ubiquitous throughout the country. 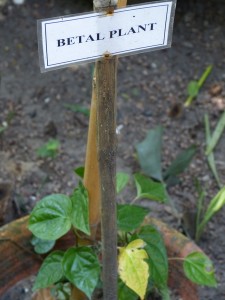 We strolled past lily-filled ponds, with koi swimming lazily about, and water-filled clay pots in which frilly green “water lettuce” floated. 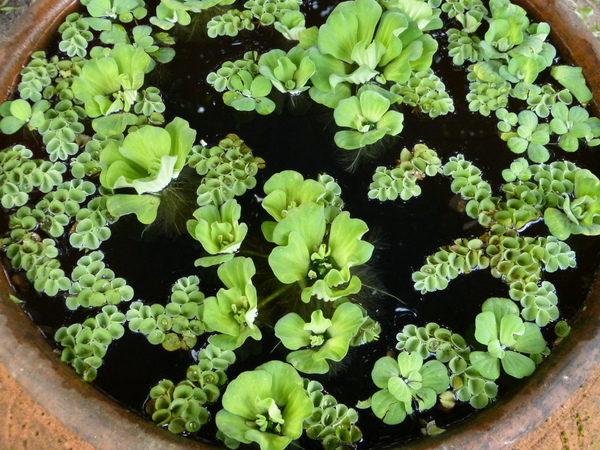 On it went, with Soe intent on showing me every nook and cranny of the garden, opening her book to explanations along the way, until, dizzy with plant variations and descriptions, I began to long for the verandah.

Finally, the gracious and knowledgeable Chief Gardener closed her book, allowing me to dip into my all-but-nonexistent Burmese to say, “Tze zu timba deh”, a “thank you” to Khin Khin Soe,  along with a thank you to the historic Governor’s Residence for maintaining the oasis of greenery, blossoms and calm I’d enjoyed that day. 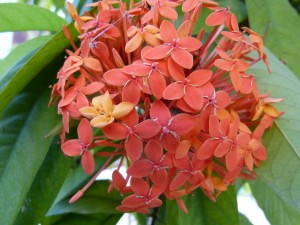