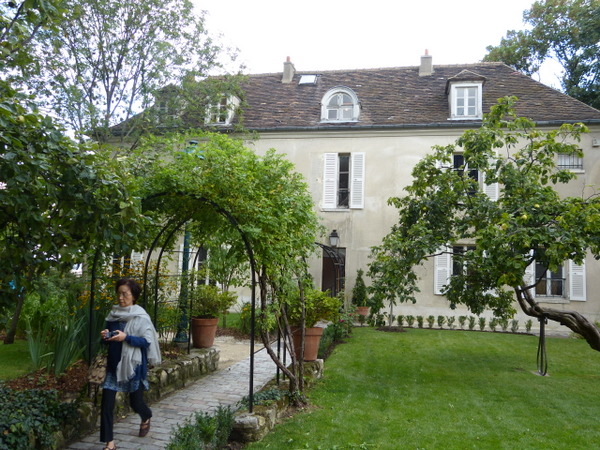 Visitors enter the Montmartre Museum via a rose-draped arbor.

FRANCE Paris – The basilica Sacré-Coeur, the eye-popping, white wedding cake atop the city’s highest hill, is one of Paris’ most visited attractions, running close behind the Eiffel Tower.

The majority of the droves of pilgrims and tourists, some 10 million each year, arrive at the foot of the Butte Montmartre via the Anvers Métro, as most guidebooks suggest. From there, they either climb a staircase of 300-plus steps to reach the basilica or, for those willing to use an additional métro ticket, jump on the funicular for a ride up. 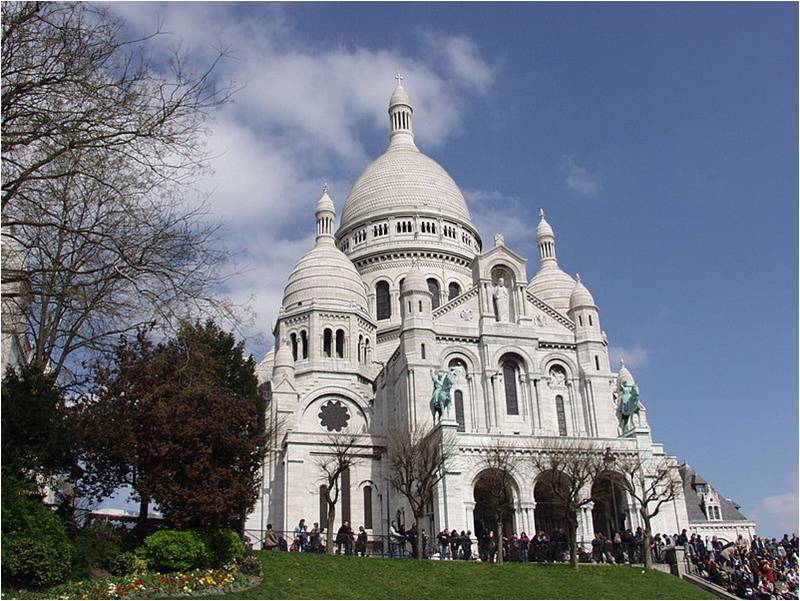 A walk through the neighborhood …

Too bad, for in doing so they miss a stroll through Montmartre, the once-rural village discovered by artists, writers and musicians in the late 19th and early 20th century that leads to the charming museum dedicated to those who found inspiration in Montmartre’s la vie bohème,  enhanced by cheap rents.

While the Montmartre of Lautrec, van Gogh, Degas, Utrillo, Dufy and Renoir has inexorably changed through the years, the neighborhood retains more than a touch of its village atmosphere in its winding streets and little squares.

Skip the Anvers Métro suggestion and take the Abbesses Métro instead.  From its depths, the deepest of Paris’ Metró stations, a lift delivered me to the leafy Place des Abbesses with its charming “Je T’Aime Wall,” a wall of tiles inscribed with “I love you” in 250 different languages. 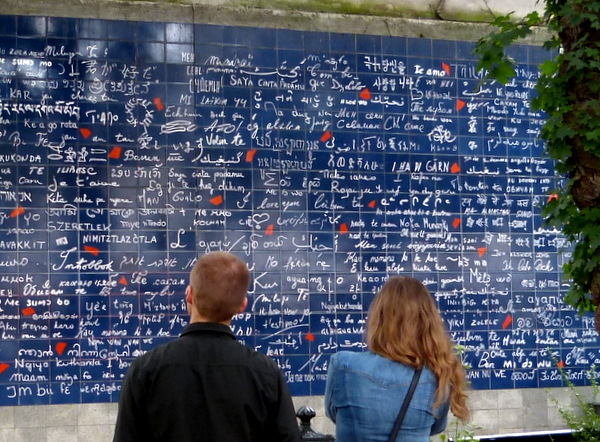 “I Love You” in 250 different languages. Red sections indicate a broken heart.

A turn right took me to rue Tholozé and another right to curvy rue Lepic, where Vincent van Gogh lived with his brother Theo at number 54. Ahead, the moulin de la Galette, one of two remaining windmills of those that once punctuated the butte Montmartre. 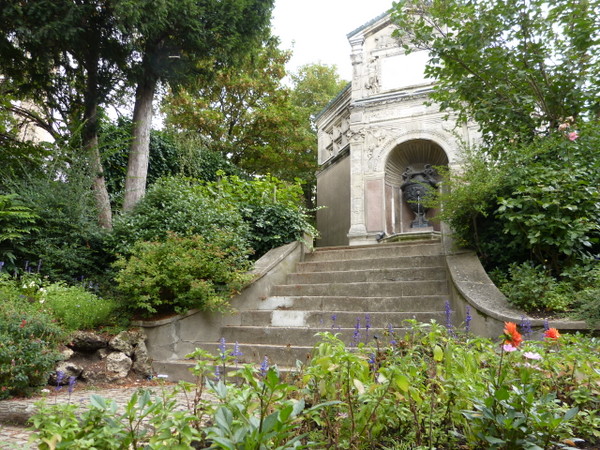 Continuing uphill, now on rue Norvins, I stopped to admire the flowery splendor of the small, gated garden belonging to the Cité Internationale des Art. A left turn on rue des Saules, street of the willows, led to rue Cortot — its house-lined narrowness brightened by window boxes draped with geraniums — and my destination at No. 12, the Musée de Montmartre.

Through the artists’ eyes… 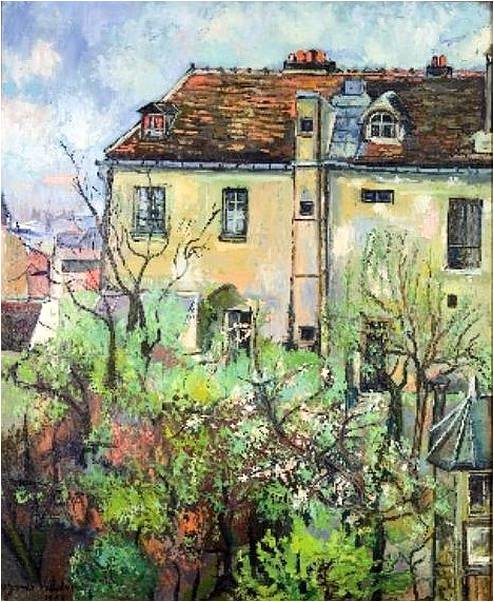 Museums’ complex of houses date from the 17th century.

The museum’s property consists of a complex of Montmartre’s oldest houses,with the museum, itself, located in the 17th-century house where Pierre-Auguste Renoir rented two rooms in 1876, with space in the unused stable thrown in as storage space for his canvases and easels. 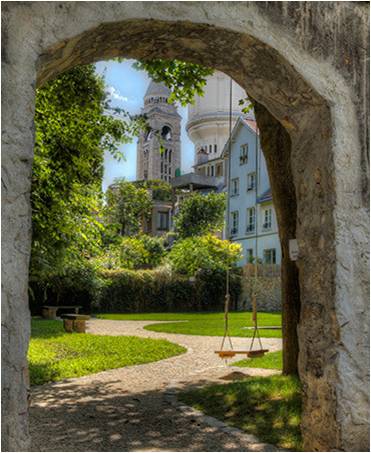 There he painted three of his celebrated works: “Bal du Moulin de la Galette” (“Dance at the Galette Windmill”), “La Balançoire” (“The Swing”) and “La Jardin de la rue Cortot” (“The Garden of the Street Cortot”).

I stepped through the entry of No. 12 into gardens newly renovated in 2012. Renamed Les Jardins Renoir, three areas have been replanted to recall those enjoyed by Renoir during his stay, with his “La Balançoire” delightfully represented by a swing hanging from the branch of an apple tree.

An arbor draped in white roses led to the museum’s entrance.  Inside, winding stairs led to floors containing a treasure trove of photographs,posters and paintings that recalled the daily life and exuberant cabaret scene of the impressionist’s Montmartre.

Artists’ palettes reflected in the garden …

Windows along the way offered the opportunity to compare the palette of the Montmartre artists with their planted rendition in the garden below. A bed of  vibrant red, yellow and blue flowers, reminiscent of van Gogh, with  lilac, roses, hydrangeas representing the softer hues of Degas and Utrillo. 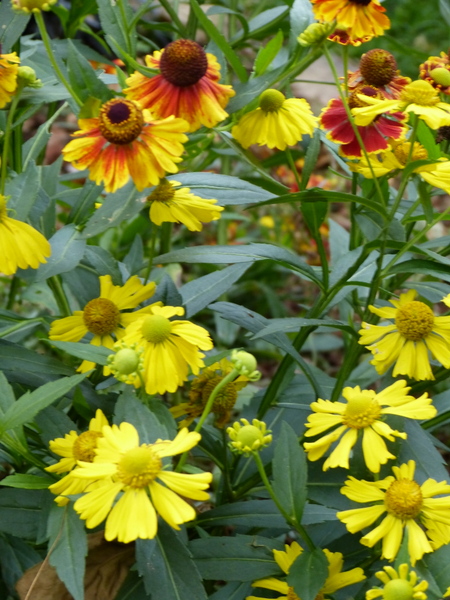 Gardens’ planted palettes reflect those of the Montmartre artists.

Right on cue, as if escaped from Steinlen’s poster,”Le Cabaret du Chat Noir” the museum’s resident black cat strolled beneath the entrance arbor. 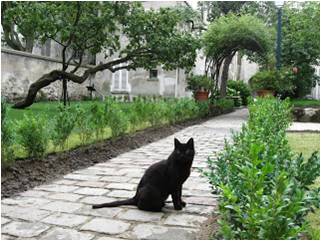 The museum’s resident black cat,straight out of a Steinlen poster.

A fine view of the Montmartre vineyard appeared, in existence since the Middle Ages and replanted in 1933, festooned with bird netting this day to protect grapes slated for harvest in a few days. 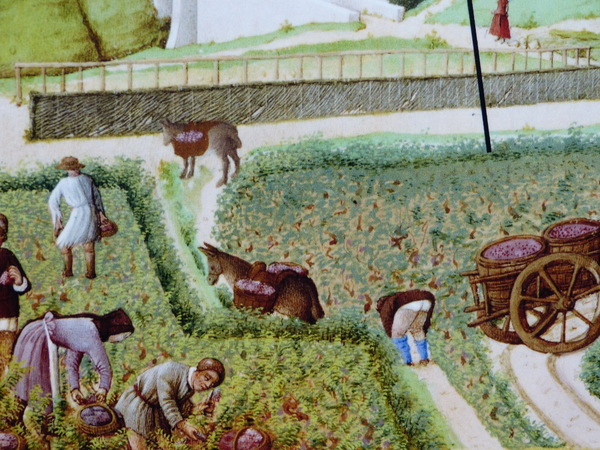 Grapes have been planted in Montmartre Vineyard since the Middle Ages.

At the bottom of the vineyard hill, Au Lapin Agile, a cabaret and bar favored by Picasso, Modigliani and Toulouse-Lautrec operates as such to this day.

Joining the throngs of tourists …

Leaving the museum, I followed quiet rue Cortot into the Place du Tertre’s throngs of souvenir-shopping tourists and easel-toting artists hawking paintings and the opportunity to have your portrait sketched for a price. 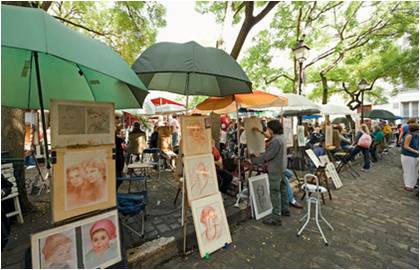 Farther along, the square fronting Sacré-Coeur was filled with the steady stream of visitors making their way up the stairs to the wedding cake on the hill and its panoramic views of the city.

Most, I suspected, would return to the Paris below via the route on which they arrived without an inkling of what they’d missed but steps away. 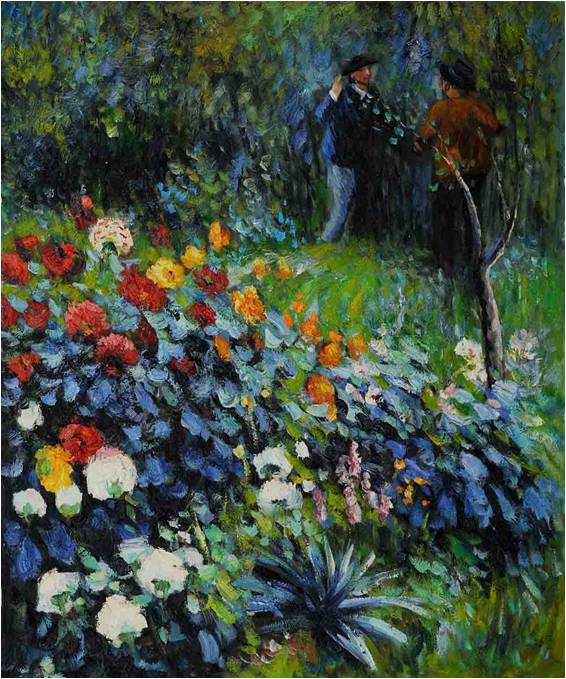