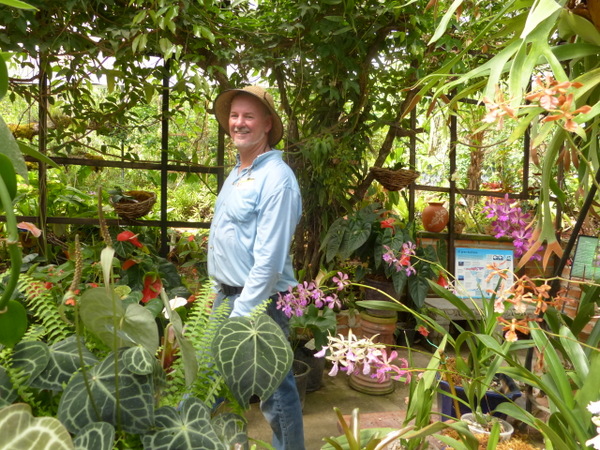 MEXICO Puerto Vallarta – It was a life-changing moment.

Newly moved to Puerto Vallarta, Bob Price answered his door to be faced by a vendor with a tray of orchids. “Where did you get them?” Price asked. “In the mountains, senor,” the orchid man answered, pointing toward the southeast.

A life-long interest in plants …

“I’ve had a lifelong interest in plants,” Price told me. “First thing when I arrive in a new place is to search out a garden to visit –  especially hoping there will be a botanical garden –  to see what’s growing in the area. To my surprise, given that Mexico is the world’s third most bio diverse country and the state of Jalisco, where Puerto Vallarta is located, especially rich in verities of flora, I could not find a garden to visit, not even a park where I could see native plants.” 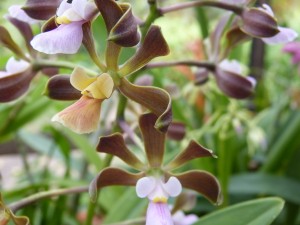 With that, he headed for the mountains pointed to by the orchid vendor – the Chaela-Cabo Corrientes, an area officially designated as a region remarkably rich in species. Parking at the side of the road, a pathway beckoned into a forest.

“Within a short distance, I photographed eleven different species of orchids” Price said. “And came down with orchid fever.”

Meanwhile, he was beginning to discover the extent of plant poaching in the area, practiced by such illegal collectors as the vendor who’d appeared at his door. “Poachers working in the highlands and jungles collect wild orchids by the hundreds, stripping entire populations,” he said “Native plants, especially orchids, are being plundered to the point of extinction and brazenly solid in a thriving black market, not only door to door but to local garden centers as well. The only reason our orchids have escaped extinction is the extreme severity of terrain.”

Price’s first trip into the mountains turned into twice a week safaris to collect, not plants, but seeds to painstakingly propagate and add to what was becoming an ever-growing orchid collection that he kept on the roof of his house. “Friends began to bring me other kinds of native plants,” he said. “My roof was becoming a miniature native plant botanical garden!”

All led up to the day he called his mother, Betty, with whom he had shared a successful restaurant career in Florida. “Come visit,” he suggested. “Puerto Vallarta doesn’t have a botanical garden and I want to start one. I need you to help me search for land – and lend me some money.”

So began a year’s search for a location, with the duo accepting the reality that if they were to create the botanical showcase they had in mind it would create a significant dent in the family’s resources.

A suitable parcel of land in the Cabo Corrientes region was finally found; an overgrazed 20 acres claimed by cattle for over 35 years. “Little by little we began to carve out the garden, taking cues for its design from long-trampled cow paths,” Price said. On November 15, 2005 the Vallarta Botanical Gardens opened to the public. 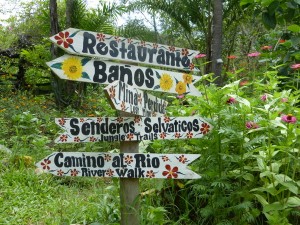 Following those cow paths turned trails, I wandered through a botanically organized landscape dedicated to native habitats so lush that it appeared to have sprung from the earth decades, not just years, before. Reforestation of the grazing land blended seamlessly into the dense forest pushing in at the gardens’ edges – native oak, grown from acorns; mountain pine; mahogany.

The appropriately named Agave Trail featured 6,000 blue agave, from which tequila is made. Other paths led to the Fern Grotto, Cactus Garden, Tropical Fruit Orchard. The River Walk made its way down to the granite boulder-strewn Los Horcones river where visitors are invited to dip in and cool off.

At the heart of the garden is the Hacienda del Oro visitors center and restaurant. Designed in the open-air style of an 18th-century plantation manor house, an exuberance of annual flowers embrace the structure; water lilies float in a reflecting pond near the entrance. 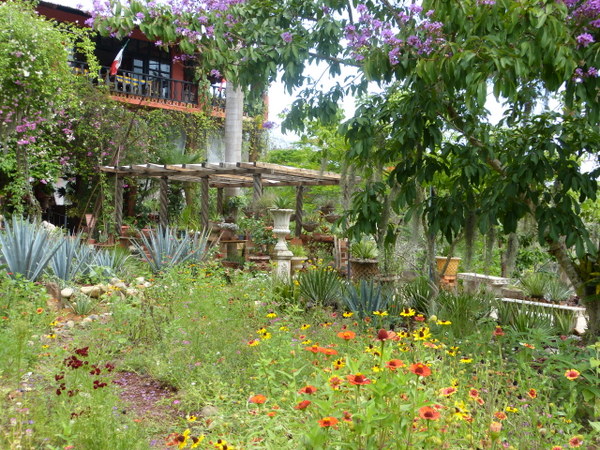 Orchids, however, remain the gardens’ primary purpose for being. A 3,000-square-foot, lath structure displays a spectacular array of species, including vanilla orchid vines from which vanilla flavoring is sourced. 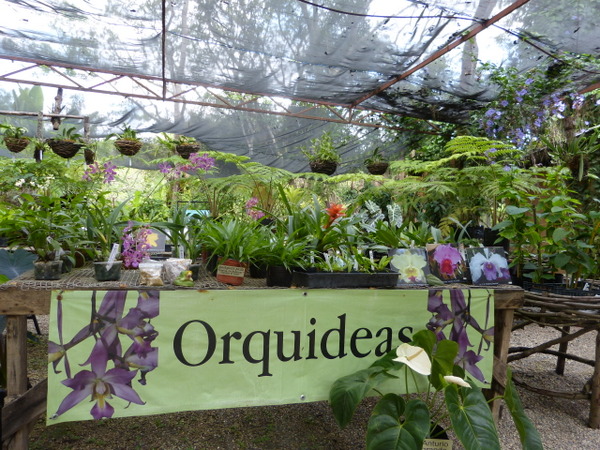 A nearby structure offers propagated orchids for sale. 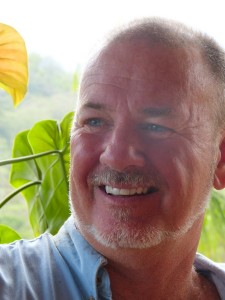 Under construction is the Native Mexican Orchid Conservatory. When completed it will display Mexico’s most complete collection of native orchids. on display in Mexico. “Thanks to donors, sponsors, volunteers and grants,” Price said. “we are well on our way to becoming recognized internationally recognized as a world-class venue in support of worldwide orchid conservation.”

As I said goodbye to Bob Price, there was one question I had to ask. “Did you buy orchids from the vendor who appeared at your house that day?” “I did,” he replied. “And I still have them.” I looked about. All this sprung from a simple knock on a door.