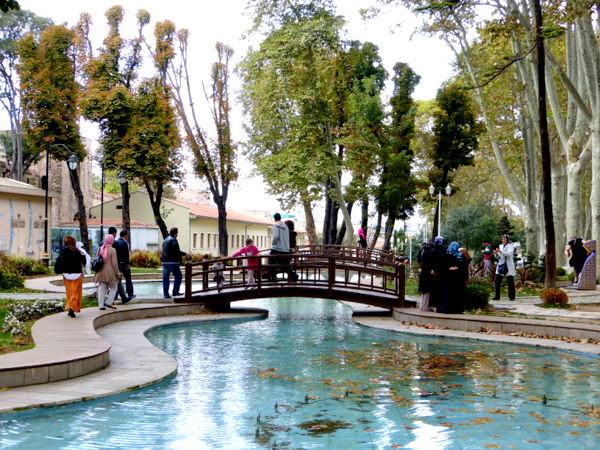 TURKEY Istanbul – I was dismayed to see that the ornate structure standing in the cobblestone square outside Istanbul’s Topaki Palace’s Imperial Gate is now fenced enclosed. On my last visit, anyone could step right up and, as the calligraphy enmeshed in tiles and gilded designs instructs, “Turn the tap with the name of Allah, the Protector, and the Merciful. Drink the water and say a prayer for Sultan Ahmet.” 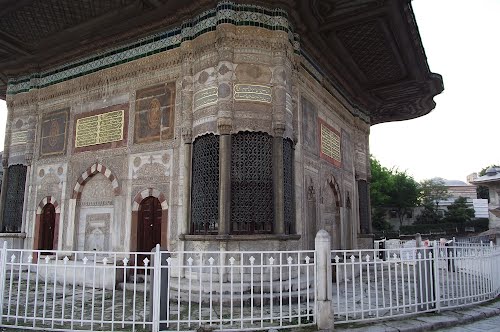 Sultan Ahmet III’s fountain, now off-limits to those wishing to turn the tap.

The fountain is one of more than 10,000 that made water accessible throughout the city in the late 17th and 18th centuries. Most were simple and functional affairs; others, donated by those of means, more elaborate. None more so than this 1728-built rococo water works courtesy of Sultan Ahmet III, the latter part of whose reign was distinguished by the royal court’s passion for tulips during the Lale Devri, the Tulip Era. 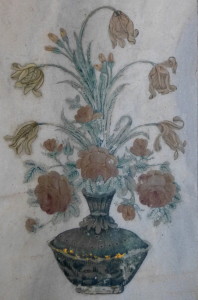 Tulips, here a tile from the Topaki palace, were a favored motif of Ottoman craftsmen.

Bulbs were planted by the thousands, hybridized to create exotic flowers, celebrated in candlelit “tulip illuminations” in gardens throughout Istanbul. Tulips, their blooms shaped like a sultan’s hat, became a favored motif of Ottoman artists and craftsmen as a symbol of nobility and privilege. Today, tulips continue to reign as the Turkish national emblem.

Tulips star throughout the city in a month-long April  festival …

Had it been April during my Istanbul visit instead of late-October, I would have seen a city awash in tulips for the annual month-long Tulip Festival. Some 11.5 million tulips of 104 different varieties burst forth throughout the city with the most extravagant display in Gülhane Park. 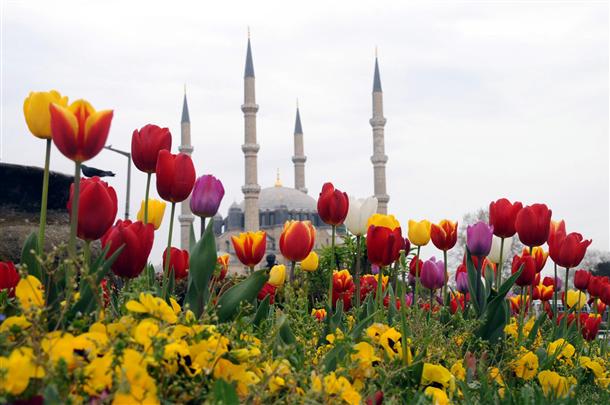 Gülhane Park was once part of the Topaki Palace’s outer gardens, the sole domain of the royal court. In 1912, it opened to the public to be enjoyed by the throngs of locals who come to promenade the walkways and picnic under the trees of Istanbul’s oldest and largest municipal park.

As time went on, a zoo and aquarium were added, free entertainment enticed crowds to the parks, vendors hawked food. In 2000, it was decided that enough was enough. The park closed for renovation.

Garden re-opens with a return to original landscape …

Three years later the garden re-opened with the zoo’s sad-looking animals moved to Ankara’s 79-acre zoo; the aquarium closed. Entertainment, such as the beloved acrobatic shows, was outlawed. Food hawkers could no longer set up shop under the plane trees, turning the courtyard outside the garden’s gate into the fast-food emporium it is today. 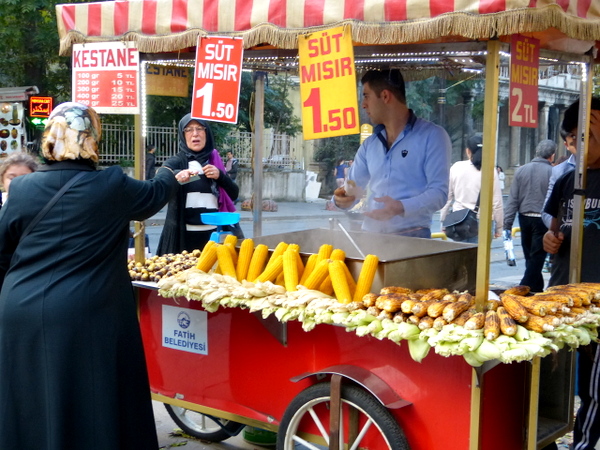 Courtyard outside the garden gate offers a variety  of fast-food to go.

Pathways were rearranged to be more in keeping with the natural landscape enjoyed centuries before by the royal court. Areas were cleared, revealing trees dating from the 1800s, with 55,000 new plants put in place.

If it had been summer during the time of my visit, roses would have been the park’s star – “Gülhane” translates to “rose garden.” But undoubtedly not in the same abundance that the royal court enjoyed. Trees grown into towering specimens through the centuries have turned the park into a shady oasis; roses need sun to flourish.

In autumn, pink, red and white fibrous begonias provided swaths of color throughout the garden, with some flower beds already cleared down to bare ground in preparation for the planting of a large portion of those annual 11.5 million tulip bulbs. 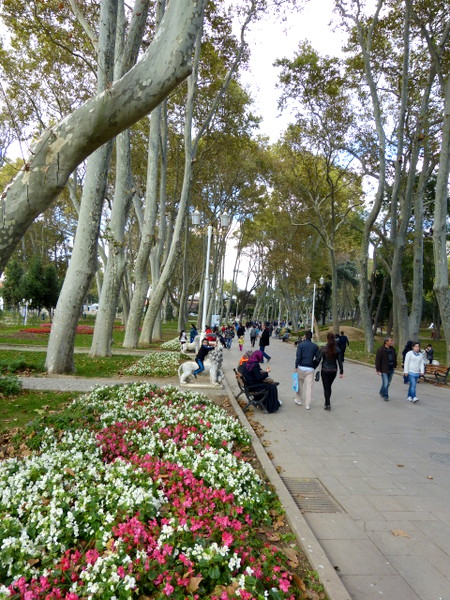 Swaths of fibrous begonias provide color along the main pathway.

Leaves fluttered down from the plane trees grown sky high through the centuries, scuffling underfoot on pathways and providing workmen with plenty to do to keep ponds free of their clutter.

My hotel, in the old-city Sultahnaumet district, was but a short walk away from the Topaki Palace. While I visited Gülhane Park several times during my stay, most interesting was on a Sunday afternoon when it was filled with families enjoying time away from the noise and bustle of the city. 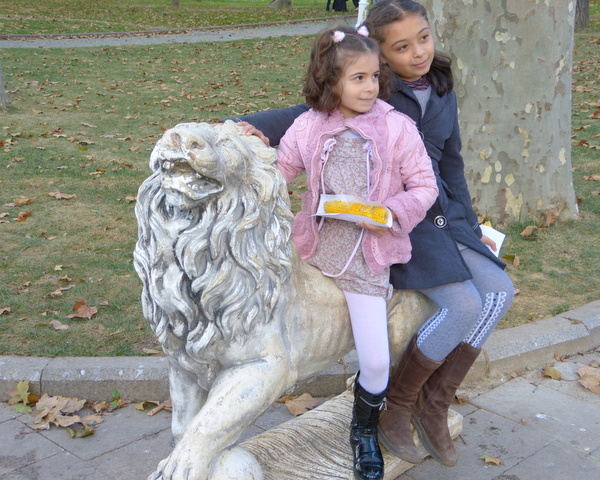 Children posed for picture-taking seated on the identical statuary of a lion that appears at intervals along the park’s main pathway; friends snapped photos of each other peering through the flower-decorated, plaster-of-Paris letters spelling out Gülhane . 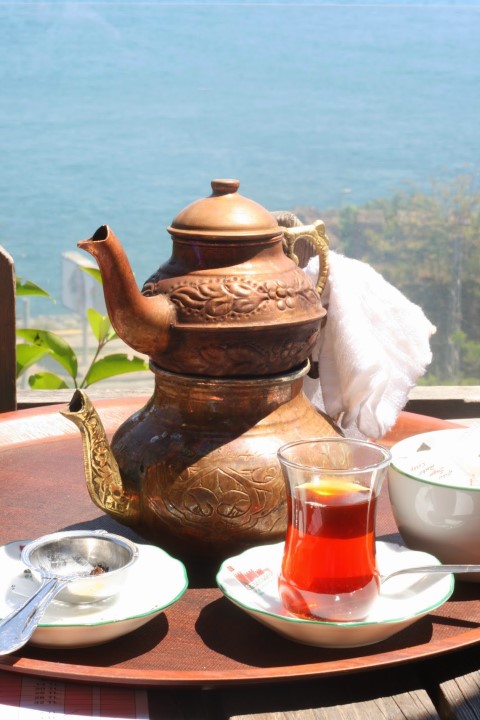 A multi-terraced tea garden, Setüstü Çay Bahçes, is located at the far end of the park.My tea arrived, served in the traditional two-part pot, strong tea on the top, hot water on the bottom, enabling the sipper to adjust the brew to the level of strength enjoyed and providing an excuse for the real reason to stop by – a ringside seat on the Bosphorous, the waterway that separates Istanbul’s Europe and Asia sides. Ferries criss-crossed back and forth making their way through a steady parade of larger water traffic. 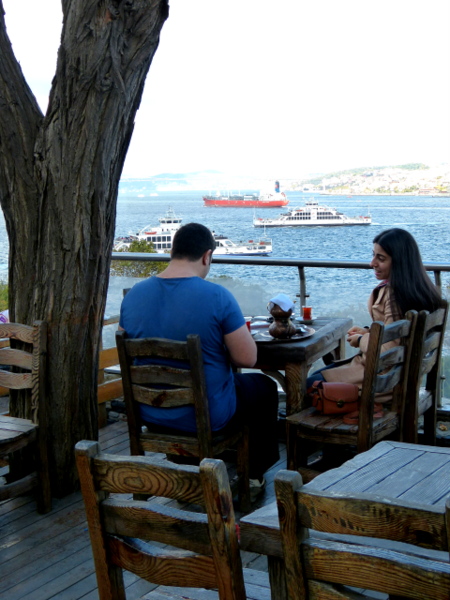 Tea-time at the tea garden includes a wondrous view of the  Bosphorus.

The following day, I became part of that parade, standing on the deck of a Windstar cruise ship, waving goodbye to Istanbul and Gülhane Park’s leafy expanse as we sailed by.

From Sultan Ahmet III’s fountain, continue past the palace’s Imperial Gate and follow Soğukçeşme Sokağı, “Street of the Cold Fountain,” a tree-shaded, cobblestone, pedestrian-only lane that is named not for the sultan’s fountain but for another situated at the street’s Gülhane  Park end. The quietness of the lane ends at the busy Gülhane tram stop, from which the courtyard entrance to the park is just steps away.