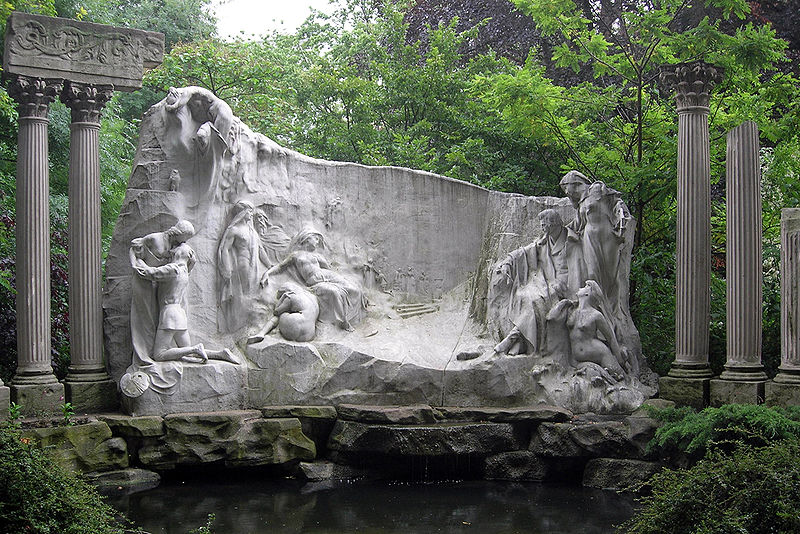 FRANCE Paris – The expanse of sculpted white marble titled “The Poet’s Dream” struck me as pretty awful. Located near the Palais de la Découverte, just off the Champs-Élysées, it depicts 19th-century poet Alfred de Musset swooning over his past lovers — affairs now forever cast in stone by the massive sculpture’s 1910 creator, Alphonse Emmanuel de Moncel de Perrin, an artist little remembered today.  And rightfully so,  I thought as I turned to leave. 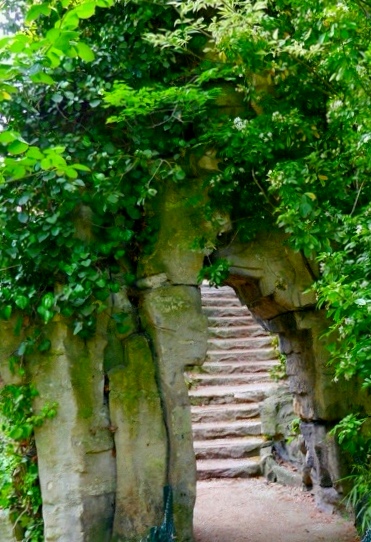 The “stone” staircase that caught my eye, is a  faux concrete construction.

But  just to the right of  the melodramatic tableau, a narrow, higgledy-piggledy stone staircase caught my eye. Making my way down, I found myself in a hidden garden.

Paris has much grander wooded parks than this clandestine, 1.7-acre space, among them the grandiose Bois de Vincennes on the city’s eastern side and the Bois de Boulogne on its west. But here, late-19th-century park designer Jean-Charles Adolphe Alphand created, smack-dab in the center of Paris, a carefully constructed illusion of wilderness in preparation for the 1900 World’s Fair and named it La Vallée Suisse, “Swiss Valley.” It wasn’t until the 1970s that it received its current, equally inexplicable name, La Jardin de la Nouvelle France.

Its original name struck me as strange because the steep-sided garden is more canyon-like than valley — a canyon with a rustling stream running through, a pond shaded by a century-old weeping beech tree and a waterfall that pleasantly muffles the street-traffic noise above.

But wait a minute, look carefully. Those rocks edging the pond and the boulders over which the waterfall tumbles are of sculpted concrete, as are the steps that took me down into the garden as well as the rustic “wooden” footbridge crossing overhead. Hard to tell if the weathered, stone archways through which a wandering path passes are real or not. My guess — not. 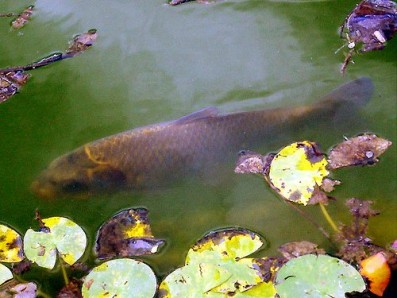 Carp glide in the pond. Water courtesy of nearby Seine.

Real are the carp gliding among the lily pads in the pond, the chirping of birds and the dense concentration of plantings. Among them, evergreens and maples grown tall, bamboo, lemon trees, a Mexican orange. . . .

Had I visited earlier in the season, a variety of flowering bulbs and perennials, along with lilac, jasmine, and old-fashioned varieties of roses, would have brightened the greenery. 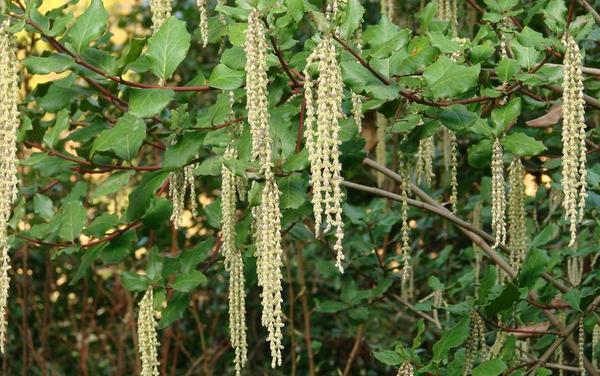 On this late-September day, among the undergrowth of ferns and ivy ferns were delicate Japanese anemones in shades of pink and white, scatterings of white hibiscus and the last of the roses. Most unusual, looking as if escaped from an Art Nouveau painting, was an enormous bush draped with drooping, white, tassel-like flowers. Appropriately named, I learned later, wavy leaf silk tassel, native to the coastal regions of northern California and southern Oregon.

Pathway benches provided places to sit and soak up the serenity. Unlike other of Paris’ parks where bench space is hard to come by, during my time in the “Valley,” except for an elderly gentleman who tipped his hat as he passed by and a young mother out for a jog while pushing a pram, I was the garden’s sole visitor.

Returning to the street above, I was ready for lunch. What better place to continue the “1900 World’s Fair” theme than the Petit Palais, located but a short stroll away?

Many of the structures constructed for the exposition were intended to be temporary. Built of a low-cost building material invented in Paris in 1876  consisting of jute, fiber, plaster of Paris and cement, they were demolished or turned into salvage when the fair was over. The Petit Palais was among those designed to be permanent. 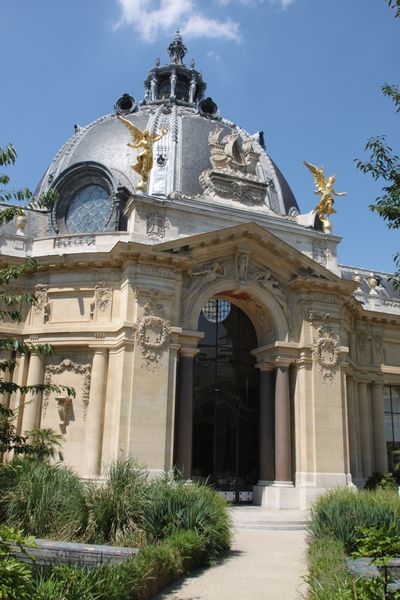 The Petit Palais, perfect for lunch and also for lingering to see the museum’s art deco collections.

Hidden away in the interior of the Art Nouveau-inspired Palais was an oval-shaped courtyard garden. Tables and chairs on the terrace of an indoor/outdoor café overlooked a pool decorated with gold and blue mosaics densely edged with subtropical plants, primarily palm and banana trees.

Quiet. Secluded. Yet, like the tucked-away “Swiss Valley,” just steps away from the noisy bustle of the Champs-Élysées.

The café in the Petit Palais is open from 10 a.m. to 5:15 p.m. every day except on Mondays and public holidays, and until 7.30 p.m. on Thursdays during temporary exhibitions. Be prepared to stand in line to choose your food — a simple but nicely prepared selection of soups, salads, sandwiches and desserts.

In 1902, the Petit Palais became the Musée des Beaux-Arts (Avenue Winston Churchill; phone +33 [0] 1 53 43 40 00, www.petitpalais.paris.fr). Take time to view its extensive collection of decorative objects and murals created between 1903 and 1925.
Admission to the museum’s permanent collections is free;  there is a charge for temporary exhibitions. The nearest Métro station is Champs–Élysées Clémenceau. #