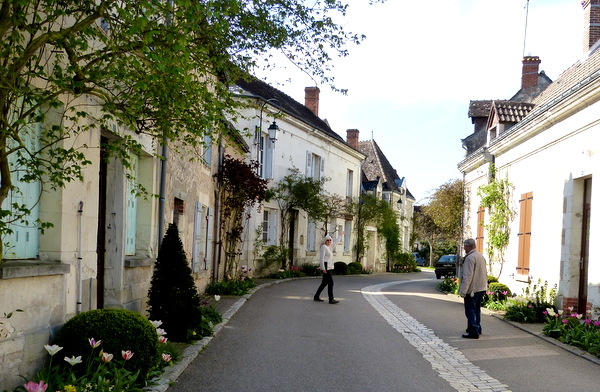 The Loire Valley village of Chedigny, in its entirety, is a designated Jardin Remarkable.

FRANCE Chedigny – Perhaps I wasn’t on the right road, even though my GPS assured that was so. Rolling hills with fields of yellow rapeseed and green grains stretched on either side of the one-way lane, with nary a church steeple in sight.

I’d left the Loire River behind an hour ago, heading east on my way to a dot-on- the-map. Chédigny. Dot on the map it might be, but in France’s garden world, the village of Chédigny, population 537, is a star. 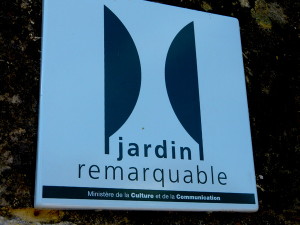 In a unique move, the entire village of Chedigny was designated a “Remarkable Garden.”

More than 4000 towns and villages throughout France’s 23 regions are designated Villes et Villages Fleuris (Towns and Villages of Flowers), officially recognized for enriching the lives of residents and visitors via horticultural and other beautification efforts. Ratings vary between one and four “flowers.” In 2012,Chédigny became one of a small handful awarded “four flowers.”

In addition, but some 300 French gardens, privately owned and public, carry the prestigious Jardin Remarquable, (Remarkable Garden) sign at their entrances. In a unique move by the Minister of Culture and Communication, which oversees the program, in 2013 the entire village of Chédigny was deemed a Jardin Remarquable, placing the tiny village squarely in the heady company of such world-famous gardens as those surrounding the chateaux of Chenonceau and Villandry.

A vision of roses …

My GPS alerted that Chédigny was around the next bend. I should be on time for the 10 o’clock group tour of the village. Led by volunteer “passionate gardeners” it would be the first of tours scheduled on the second Friday of each month, beginning in April and continuing through September. 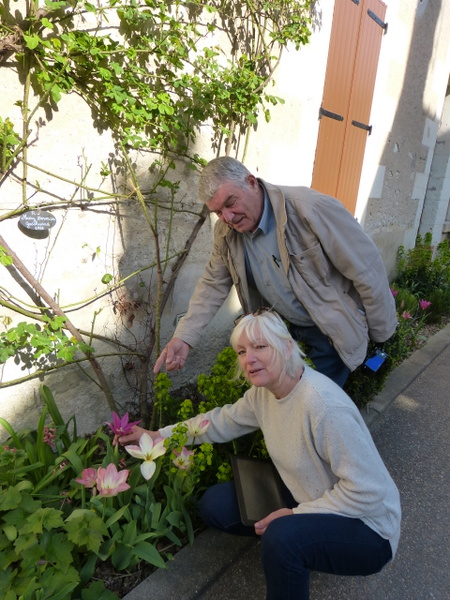 Alain Biard and Brigitte Libéreau, “passionate gardener” leaders for this day’s tour, awaited in the square in front of the 13th century village church, Saint Pierre-és- Liens. With my arrival the group was complete. A group of one! Three, counting Alain and Brigitte. 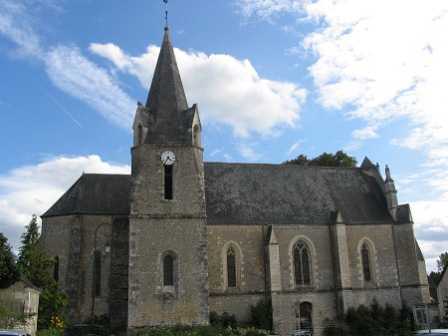 As the three of us began to walk and talk – two sharing a smattering of English (Brigitte and Alain) , and one with French fluency a bit of a stretch ahead (me) –   the universal language of plants and flowers, accompanied by pantomime and plenty of laughter, made short shrift of any linguistic barrier concern.

Along the way, I learned that the transformation of Chédigny began in 1998 when the then town mayor, Pierre Louault, felt Chédigny could use sprucing up. Certainly the bones of something better were there – a winding main street lined with attractive residences and small businesses, a waterway cutting through, not to mention the town’s 13th century church centerpiece. With all that, its attractiveness and livability had diminished through the years with noisy, through traffic and parked vehicles lining streets already marred by a festooning of overhead telephone and electricity wires.

To Mayor Rouault, an avid home gardener with a special interest in roses, “sprucing up” meant roses. He turned to André Eve, a Loire Valley rose grower and breeder specializing in the preservation of ancient roses, for assistance.

It took more than a bit of doing to enlist the cooperation of the village. Streets and sidewalks would have to be torn up to provide planting strips and bury utility lines, all of which would mean digging deep into the town’s pocket book. Somehow, Mayor Loualt’s plan prevailed.

A prelude of roses … 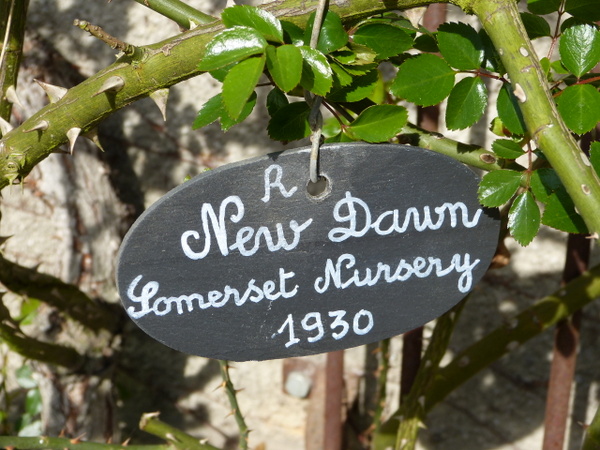 Heritage roses are labeled with the date of their introduction to the world of roses.

The planting of 700 rose bushes went underway –espaliered against building walls, trellised to cross the waterway in rose-arched canopies, planted in front of the town hall, bookstore, artisan shops. Today the number of roses in the tiny village has expanded to more than 800 representing 270 tried-and-true heritage varieties – each carefully labeled as to the year of their introduction into the rosario world.

But this was early April, with roses in bloom weeks away. Hence, the tour group of one. On the tour Fridays to come, entire garden clubs, individual rose aficionados, photographers, and those simply checking enchanting villages off their travel list, would pack Saint Pierre-és-Liens’ square.

While it would have been nice to see Chédigny in full-rose glory, Chédigny in April took my breath away. Throughout the village there were daffodils and tulips galore; an array of spring annuals, among them pansies, violas, candytuft; and the first showing of the more than 3,000 perennials planted to keep company later with the hundreds of roses; cherry, apple, and pear trees billowed with bloom. 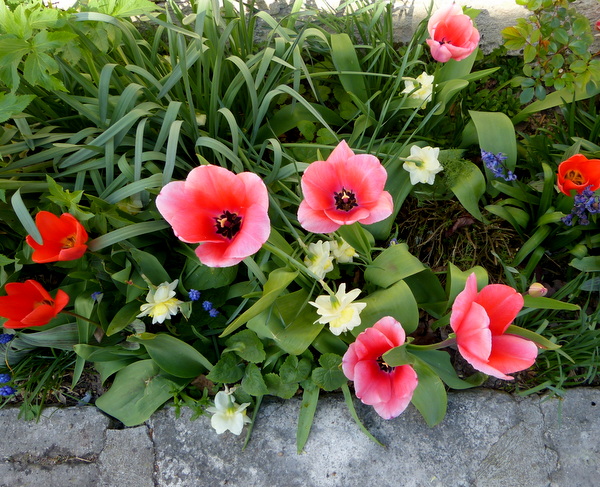 As the villagers watched their town emerge from ugly duckling to swan, they began to follow suit in their home gardens, making it a delight to peek through garden gates and over picket fences. 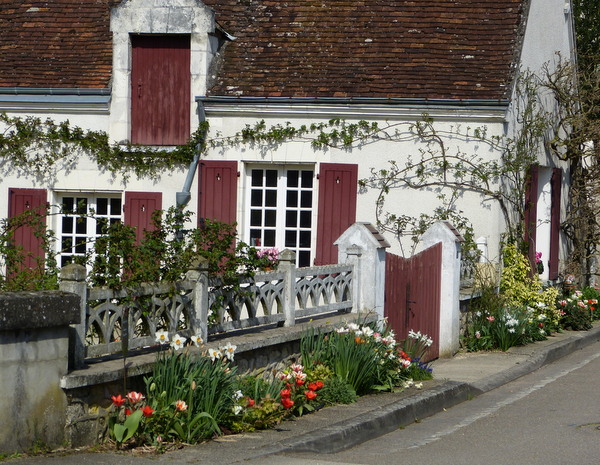 As the village’s beautification plan went underway, homeowners began to spruce up their gardens.

I bid goodbye to Alain and Brigitte where we’d met two hours before, in front of Saint Pierre-és-Liens, with me promising to return some day, some year, to see the village’s 800-plus rose bushes in full flower. Perhaps. Meanwhile, April in Chédigny, Jardin Remarquable, would remain quite remarkably memorable among my Garden Path wanderings.

Chédigny is located 31 km from Tours, 12 km from Loches, in the heart of the Touraine district.

Friday tours, the second Friday of the month, are scheduled April through September. Reserve via the website www.Chedigny.com. The sleepy little town really comes to life each year during the last weekend in May for the Fetes des Roses; see the website for details.