Master of the Nets Garden – a classical garden in Suzhou

Master of the Nets Garden – a classical garden in Suzhou 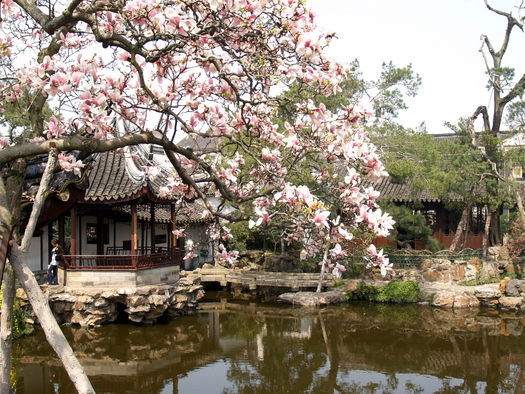 CHINA Suhou – An amazed Marco Polo described 13th century Suzhou: “There are fully 6,000 stone bridges, such that one or two galleys could readily pass beneath them.”  In great detail he described a noble city crisscrossed with canals – not unlike his native Venice – where “the citizens of this city, men of enormous wealth and consequence”, hobnobbed with philosophers, the literati, and physicians schooled in nature. All dressed in the fine silk for which Suzhou was, and still is, noted.

Squint your eyes today, and traces of Suzhou’s past splendor are everywhere – in once-grand houses lining centuries-old canals that make their way under Marco Polo’s still-existing 6,000 stone bridges to merge with the ancient Grand Canal, second to the Great Wall as the greatest man-made structure in China. At more than 1,114 miles in length, with sections built in the 5th-century BC, it is the oldest and longest waterway ever built.

Nowhere, however, can one become more aware of Suzhou’s former glory than in the city’s exquisite examples of classical, Chinese gardens.

The art of Chinese landscaping began some 2,500 years ago. It was in 13th century Suzhou, however, that it reached its zenith. More than 200 gardens then existed, residential gardens created for the privileged elite as places of retreat for their owners to enjoy in solitude or in the company of guests.

Many of the gardens continued to flourish until the end of the 19th century, gradually falling into disrepair with the elimination of China’s leisure class. Today, those that are left are government owned. Nine are meticulously restored. Among them is the largest, incongruously named “The Humble Administrator’s Garden,” and the smallest, which I chose to visit ,“The Master of the Nets Garden,” a UNESCO Heritage Site.

Garden not easy to find …

It would be easier to be drawn into this particular garden via a fisherman’s net than to try to find it on one’s own. First one must locate the unmarked opening to a narrow alleyway, and then follow twists and turns and uneven steps – contrived to confuse evil spirits, but not the entourage of smiling women dogging my footsteps doing their best to sell me a fan. Not a fan? How about chopsticks? A collection of postcards? At last I arrived at a screened wall bordered with a row of iron rings for tethering horses where a door put me into a formal reception room. 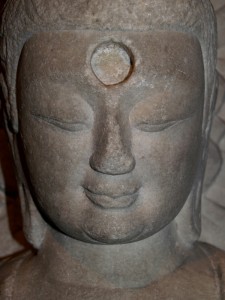 First designed during the latter part of the Song Dynasty (960 – 1279), the Master of the Nets Garden was restored in the 1860s as the residence of a government official. As to the garden’s name, according to one version the original owner so named it in gratitude to the fisherman who saved his daughter from drowning with a masterly swoop of his net. In another version, it is said that in a moment frustration with bureaucracy, the government official-owner threw up his hands and declared he’d rather be a fisherman than a bureaucrat.

Take your choice. I favor the first.

Because all of the gardens were city gardens, by necessity they had to be small. In dealing with space, the gardens’ charm lie in taking an important element of classical design, the miniaturization of the larger universe, to the ultimate of miniaturization while not appearing to have done so. Designed with fantasy and imagination, a rock formation, no bigger than a small crag, becomes a mountain with a steep face; a tree branch, perfectly framed, represents a forest. Tranquil, exquisite, elegant, in complete harmony with nature – so it is at the Masters of the Nets Garden.

The garden is divided into three main sections: the Residential Garden, the Central Garden, and the Inner Garden. Every building in the complex opens directly to the outside: the Hall for Staying Spring, a Ming Scholar’s Studio; the Peony Study, the Watching Pines Studio, the Appreciating Painting Studio.

The Central Garden features a lotus-filled pond; a “mountain” of piled limestone, a tiny arched bridge, the Leading to Quietude Bridge, and several poetically named pavilions. Among them, the Washing My Ribbon Pavilion captured my imagination, begging a search to find why it is so named. From a fisherman’s song in the works of Mencius (372-289BC), a principal interpreter of Confucianism’s, I was told: “If the water of the Canglag River is clean, I wash the ribbon of my hat. If the water of the Canglang River is dirty, I wash my feet.”

Zigzag walkways with each zig affording a different view are designed to give the impression that one has, indeed, traveled a great distance. Rockeries, waterfalls, paths and corridors, are enhanced with perfectly placed shrubs, trees and flower beds that would burst into a spectacular show a bit later than my too-early-in-the-spring visit. Cherry trees were barely in bud, peonies not yet near bloom, roses remained pruned for winter, rhododendrons, camellias and azaleas, wisteria and crepe myrtle were in waiting mode. With a choice of travel dates, a visit in April and May would be ideal, followed by fall when colored foliage provides an entirely different display. 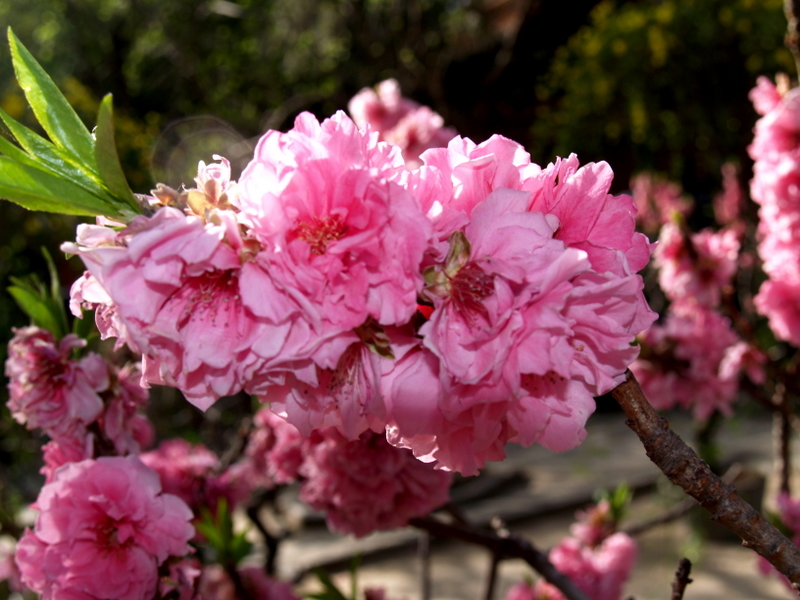 As I make a return trip through the garden, I cannot help but think of the workforce that it took to create the some 200 masterpieces of nuance and subtlety that existed in early Suzhou. A virtual army of artisans and artists skilled in woodwork, carving, the laying of tile, landscape design, the art of sculpting earth and stone had to be present, along with those with a grand understanding of nature, scale and, yes, basic garden care.

At the garden door, I am abruptly disrobed of my mental, silken garb of leisure and entitlement. Waiting are the gaggle of smiling women. A fan? No, how about chopsticks? Postcards?

If You Go: Suzhou is located less than 90 minutes away by express train from Shanghai, making for an easy day trip of but 70 minutes with hourly train departures. Nine gardens are available for viewing, but be aware that they are not closely located making a visit to all nine more than a one-day excursion. From mid-March to mid-November, cultural performances of local opera, folk dance, and Chinese music are held every evening in the pavilions and halls of the Master of the Nets Garden. A modest entrance fee is charged