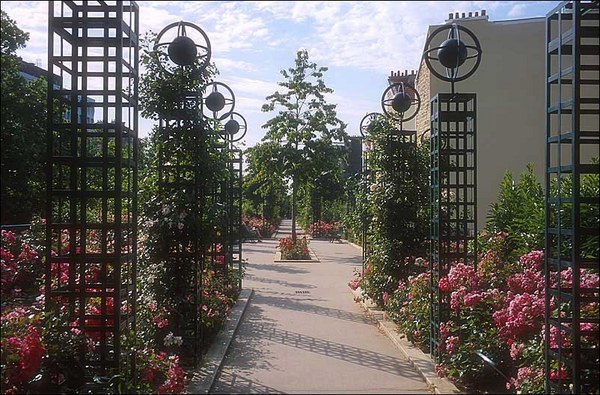 FRANCE Paris – It’s a charming scene to visualize, Parisians boarding the Vincennes railway to spend the day , picnic basket in hand, in the leafy Bois de Vincennes. Ordered into existence by Napoleon III as a place of recreation for the working class inhabitants of the XIIth arrondissement, the Bois remains today as Paris’ largest, public park. 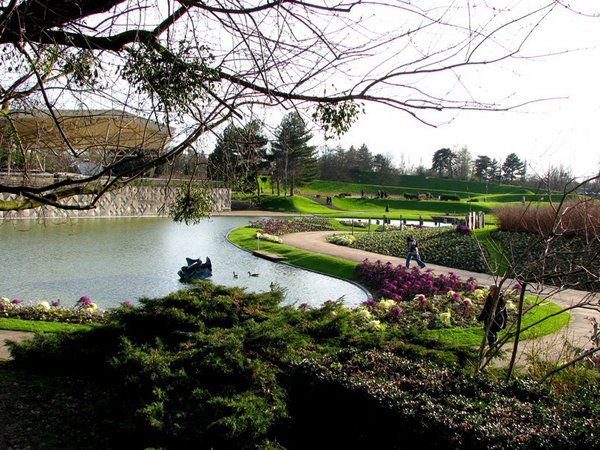 The Vincennes railway ran its Bastille–Varenne-Saint-Maur route for over 100 years; in 1969, with the RER integrated into the line, the line was abandoned. Weed infestation had its way; junk was dumped along its route. Meanwhile, large sections of the XIIth arrondissement had also gone seedy. By 1980, it was apparent that something had to be done, not just with the abandoned rail line but with its surrounding neighborhood as well.

Improvement needed throughout the arrondissement … 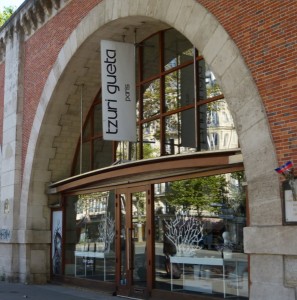 Most dramatic among the improvements was the demolishing of the Bastille rail station in 1984 to make way for construction of Opéra Bastille. Then came a plan to turn the entire Vincennes rail bed into a landscaped pathway. Along its three-mile route, four empty or badly used scraps of the arrondissement were incorporated into the design as garden milestones.

The pathway, La Promenade Plantée begins atop the Bastille rail viaduct, its graceful, brick arches below transformed into the street level Viaduc des Arts, home to some 64 artisan workshops ranging from textile restorers to musical instrument makers, along with cafés and restaurants.

On a sunny, puffy-white-cloud day in September,  I took a stairway just steps away from Opéra Bastille that delivered me to the elevated start of the pedestrian only, lushly landscaped La Promenade Plantée. The path took me through arched trellises draped with rose bushes, past flower beds filled with perennials and lavender and into the shade of dozens of varieties of trees – cherry, linden, hazelnut. Plentiful benches along the way  invited lingering.

Bird’s eye views of the city opened up on  either side as I strolled along at the approximate height of a three-story building –  glimpses of neighboring roof-top gardens, architectural details impossible to see from sidewalk level of friezes, statuary, stained glass. 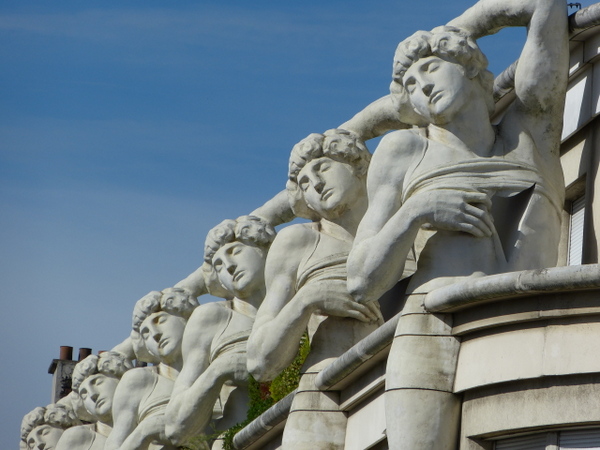 Building details, impossible to see by sidewalk walker, from the promenade appear at eye level.

City scrap gardens along the way …

While I did not descend into the path’s first city-scrap garden, Jardin Hector-Mallot, named for a prolific 20th century author who lived in the neighborhood, my aerial view displayed it as one of simple, rhythmic, pedestrian lanes bordered with trees. 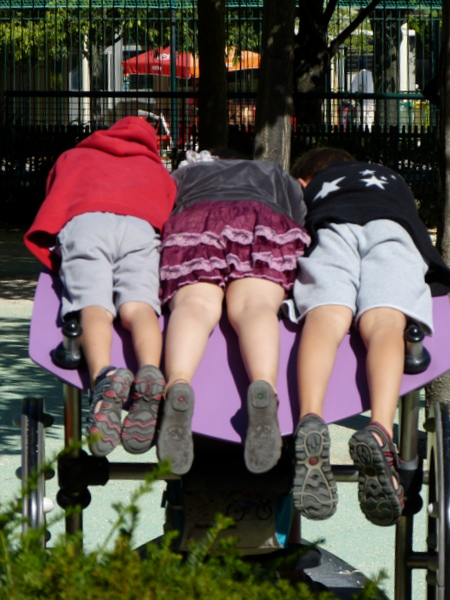 The Jardin de Reuilly includes a playground for children.

The second city-scrap garden, Jardin de Reuilly, marks the halfway part of the walk and the end of its elevated portion. Far more diverse and much larger than the garden gone before, what was once the old commercial rail depot of Reuilly included a large lawn area, fountains, playgrounds for children, and themed gardens of ferns, bamboos, roses, rhododendrons, euphorbia and heather.

Nearby, the third of the scrap gardens, the Jardin de la Gare de Reuilly, retained the charming old station, the building re-purposed for community usage and now informally surrounded with maples, oaks, and beds of flowers.

A curved, wooden bridge at the edge of the Jardin de Reuilly delivered the path to street level, where the quite different second half of the walk awaited.

After first passing through a rather ordinary looking cityscape of sidewalk-bordering plantings of lawn and trees the path became a sunken walkway, cool and shady under a canopy of trees. Now the path divided, pedestrians continuing on the right, bicyclists and in-line skaters on the left. Hillsides sloped up on either side, densely covered with the unruly vegetation that had developed over the years,  purposefully retained and supplemented with shrubs and wildflowers. 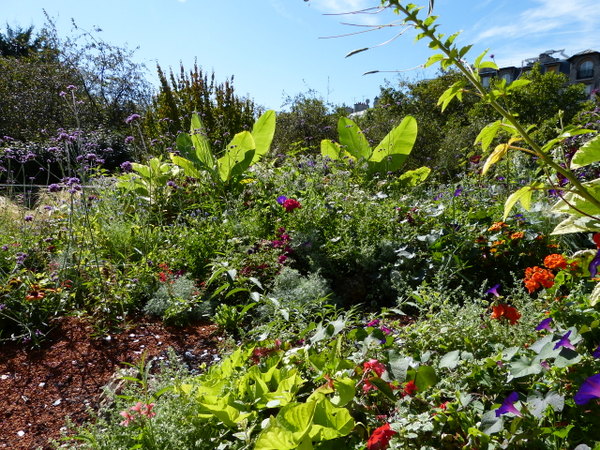 Unruly vegetation along the way was supplemented with flowers and shrubs.

Several tunnels marked this section of the path, ivy dripping from their entrances. Dimly lit, with mossy nooks and dripping water features, the trail took on a fairytale feel.

Near the trails end at Charles Peguy Square, named for the noted 19th century French poet and the last of the four city-scrap gardens, I passed an old rail car resting on a section of rusting track, its open interior filled with an extravaganza of wildflowers in full bloom. 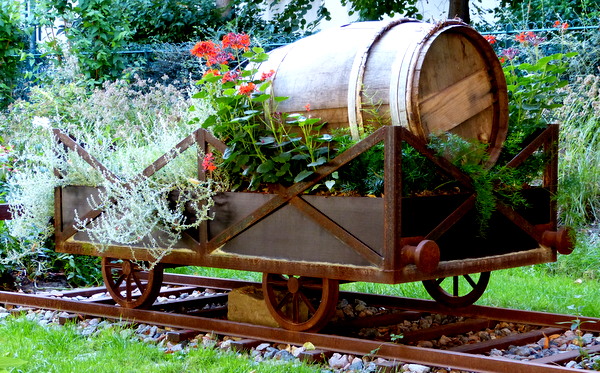 The Promenade Plantée, the only elevated park in the world when constructed, provided the model for New York City’s High Line, completed in 2011. Chicago’s Bloomingdale Trail also found inspiration in the Promenade.

Promenade Plantée is open daily, sunrise to sundown. Entrance is at the corner of Avenue Daumesnil just east of Operá Bastille. To get there, take metro Bastille.

Lifts, as well as stairways, are placed at frequent intervals along the elevated portion, making the pathway accessible to all. 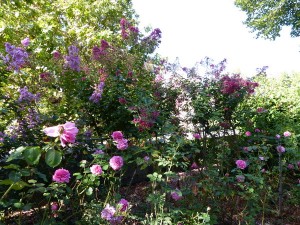