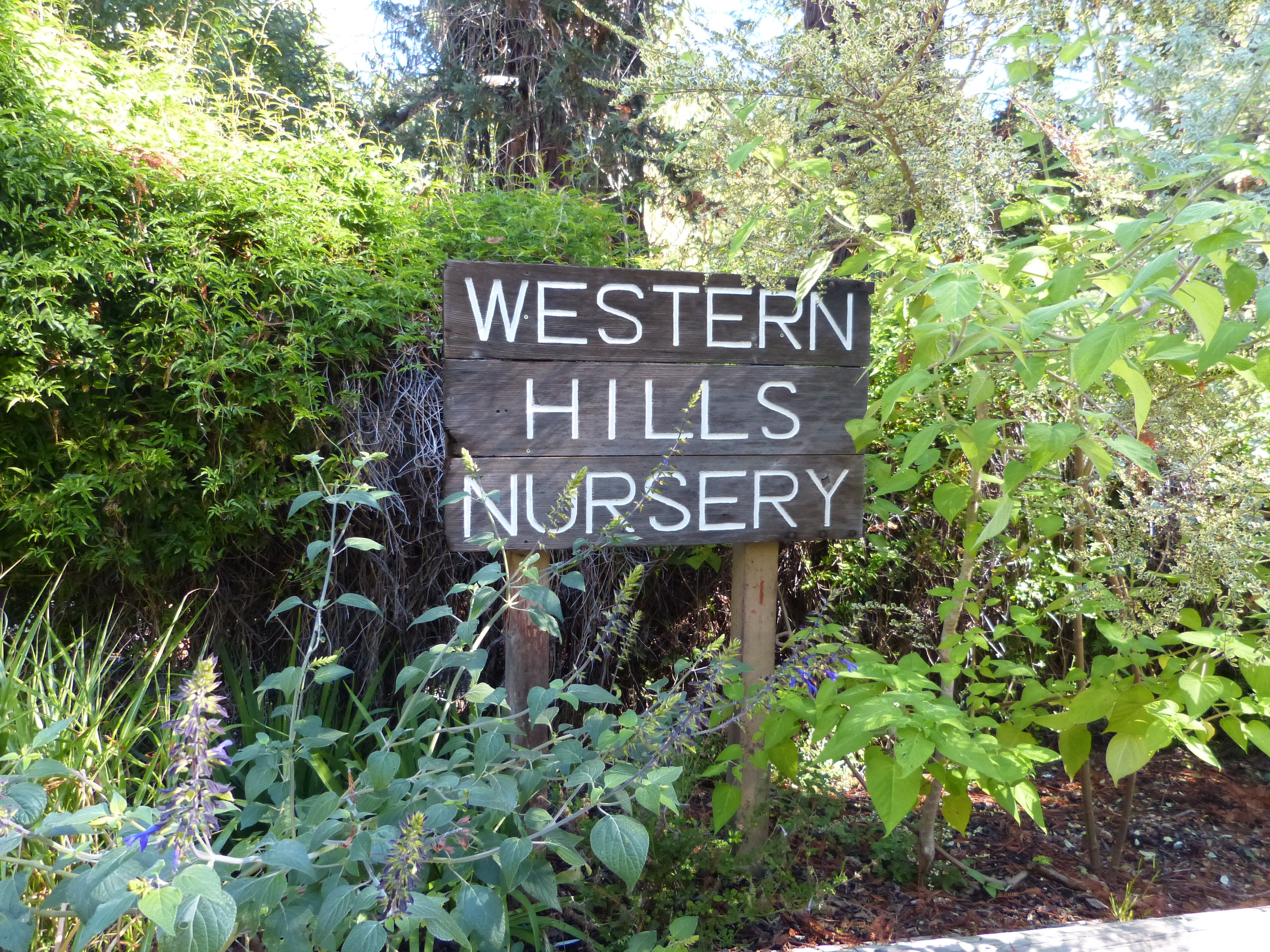 CALIFORNIA  Sonoma County-  In the hills above the picturesque hamlet of Occidental lies a garden renowned for its diverse array of unusual plants.  Paths, simple tracks, wander down and up again, branching off to cross bridges. Channels, laboriously dug decades ago, lead to ponds, the largest carpeted with water lilies, the smallest offering musical trickling. Every inch – of what is but a three-acre garden, but feels much larger –  is densely planted; a cornucopia of the rare, a mecca for horticultural collectors and serious gardeners. Lester Hawkins and Marshall Olbrich, San Franciscans, purchased the hilly tract in 1958. Buying into the post-beat, pre-hippie “obligatory, organic, homestead” ethos of the era, they built a rustic house with the growing of edibles in mind.

The idea of farming vegetables faded as they began to clear the land and the idea of a garden began to develop. While neither came equipped with gardening or landscaping skills, each began to assume roles: Hawkins, as the designer, and Olbrich, as the plant expert. Hawkins concentrated on the naturalistic contours of the land and Olbrich embarked on the propagating of seeds and cuttings. 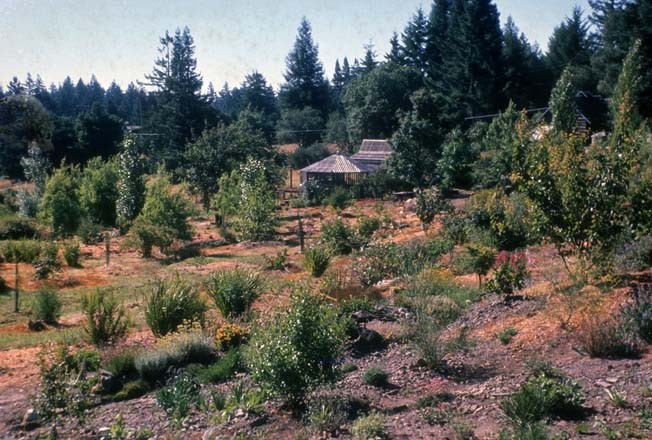 Visits to botanical gardens sparked an interest in collecting the unusual. Unwittingly they had chosen a perfect location for such a garden. Morning coastal fogs wander in over the hills on their way to keeping warm days cool, gifting the area with a Mediterranean climate suitable for the growing of an incredibly wide variety of flora. Trial and error determined what would stay. In 1972, to help fund what had become their passion, they opened Western Hills Rare Plant Nursery.

At a time when the seeking out of unusual plants was a personal quest and not a mouse-click away, word of the garden spread. Armed with notebooks and plant lists, avid gardeners and landscape designers from all over the world began to visit the remote garden. An ever-increasing richness of densely planted, thoughtfully arranged, mature plants and trees greeted them, a place of inspiration and idea sharing, along with the opportunity to carry home the unusual and rare. The garden matures, with paths wandering through an array of unusual plants. (Photo Garden Coservatory)

The torch is passed ….

Hawkins died in 1985, Olbrich six years later. The horticultural world wondered and worried over what might become of Western Hills. To the surprise of all, they learned that the garden had been left to Maggie Wynch, a craft jewelry designer who had worked among the garden’s dedicated cadre of volunteers for nine years, become a close friend of the duo and the garden’s manager at the time of Olbrich’s death.  Wynch was stunned!

Quickly she got to work, immersing herself in Hawkins and Olbrich’s extensive horticultural library. For 15 years, she tirelessly oversaw and worked in the garden, improving critical infrastructure and adding creative touches of her own. 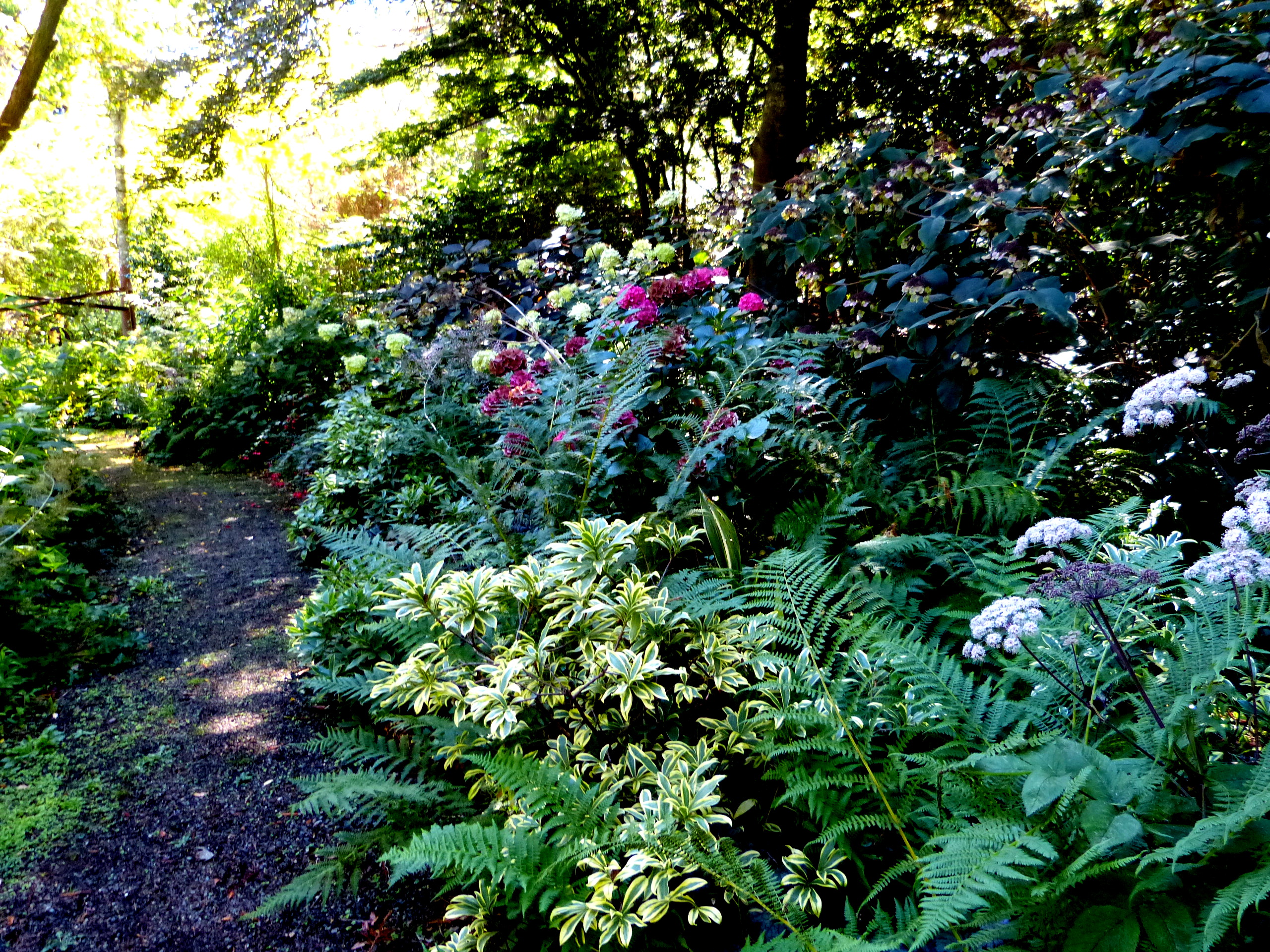 A diversity of textures and colors create an understory beneath the trees. (Photo Yvonne Horn)

In 2007, Wynch sold to new owners who tried gallantly to keep the garden going. Despite their efforts, in the face of the recession Western Hills went into foreclosure. A hardy band of volunteers began to covertly enter the garden, hand watering plants, hoping for the best and bracing for the worst. 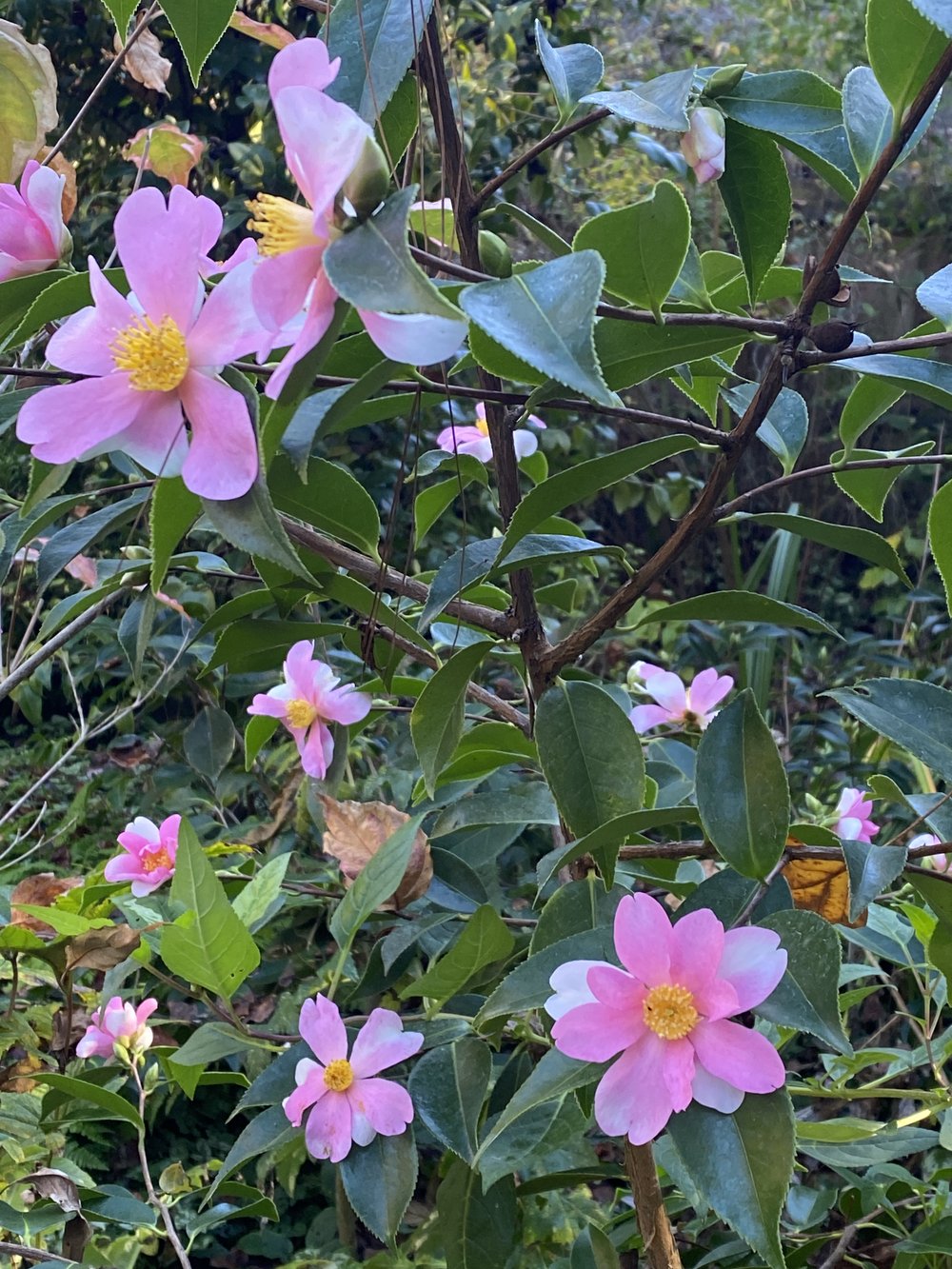 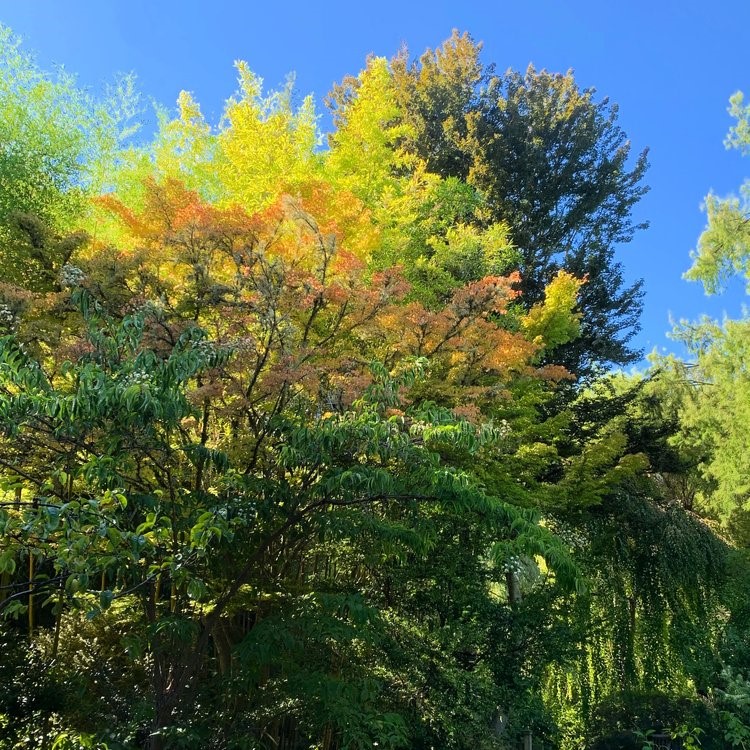 San Francisco Bay Area residents, Hadley Dynak and Kent Strater, were in the market for a real estate investment closer to home than the family property they had just sold in Utah. A friend sent them a listing for Western Hills. 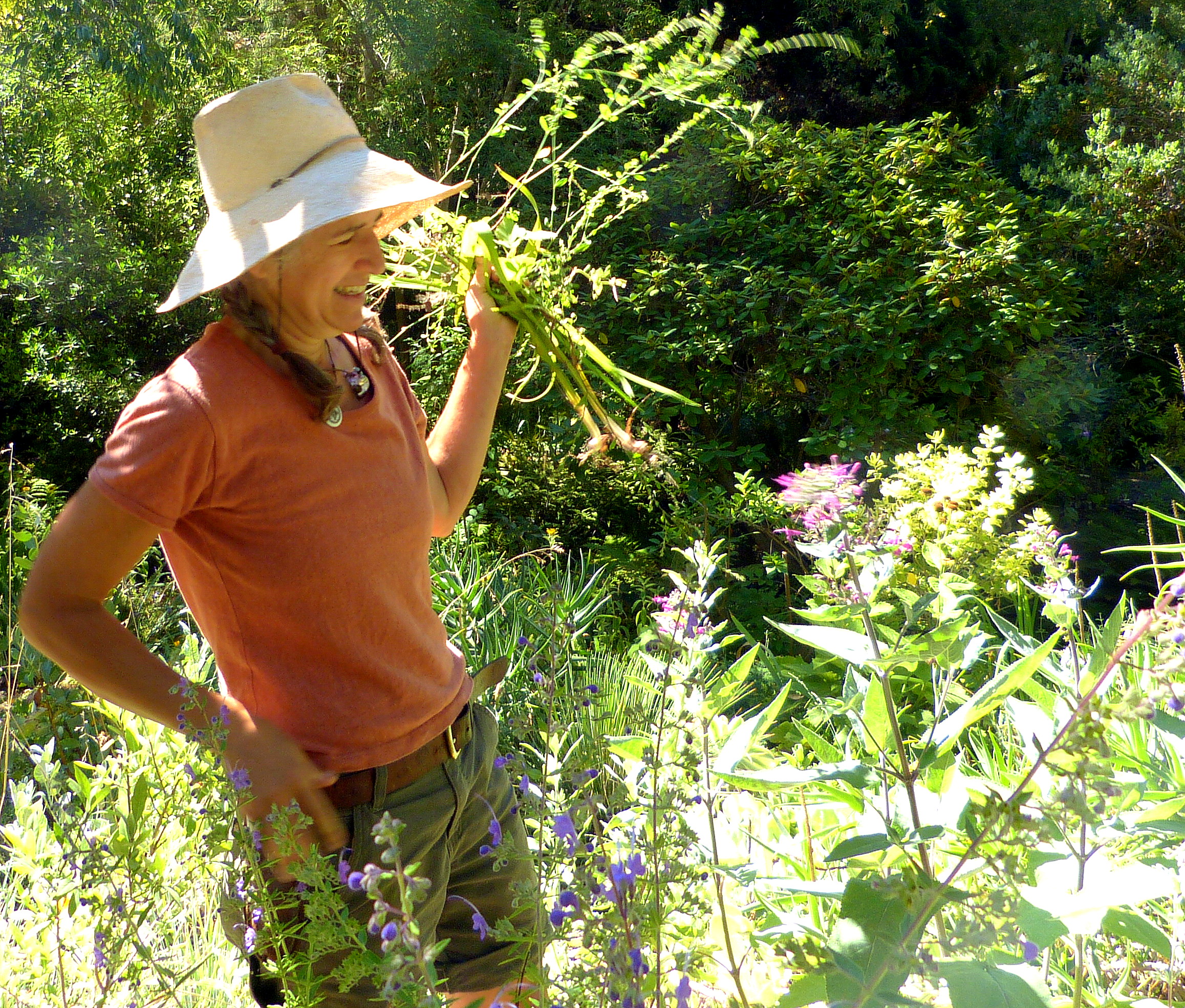 Under the direction of Mary Zovich, garden consultant, additional California native plants  are introduced into sunny portions of the garden. (Photo Yvonne Horn)

In the footsteps of the garden’s homesteading duo of some 60 years past, neither had horticultural or landscaping skills. But the more Dynak, a nonprofit consultant, and Strader, a San Francisco law firm partner, read and learned about the garden the more intrigued they became. In the fall of 2021, Western Hills had new owners and new goals with the overall vision of  preserving the property as a sustainable, legacy garden. Lester Hawkins and Marshall Olbrich would be inordinately pleased.